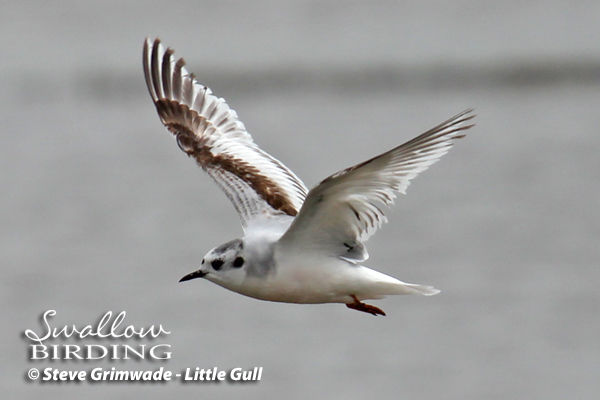 We started off at Cley NWT and waited patiently for the White-spotted Bluethroat to show, but after a cold wait the bird hadn’t been seen for several hours, but instead we saw HOBBY, SANDWICH TERN, BEARDED TIT plus SEDGE and REED WARBLERS and SWIFTS flying past only inches away!

After a coffee break to warm up, we made our way along the coast noting a cracking RED KITE only feet over the road near Holkham. We had lunch at a site where Montagu’s Harriers are nesting but despite a good search, they failed to show. We later heard that the female had abandoned the nest earlier that morning and had flown high west, which was not good news for this rare raptor. We did however see lots of COMMON BUZZARDS and a male GREY PARTRIDGE.

We concluded the day at Titchwell RSPB where a pair of GARGANEY fed on Patsy’s Pool and a pair of RED-CRESTED POCHARD were seen on another nearby pool. A SPOONBILL roosted on the freshmarsh before flying east and also 10 LITTLE GULLS showed very well in front of the Parrinder Hide. Other species here included LITTLE TERN, 4 LITTLE RINGED PLOVER, TURNSTONE, KNOT, DUNLIN, BAR-TAILED GODWIT and a brief YELLOW WAGTAIL. As we wandered back towards the centre, another SPOONBILL was seen feeding on the saltmarsh.
Next
Previous