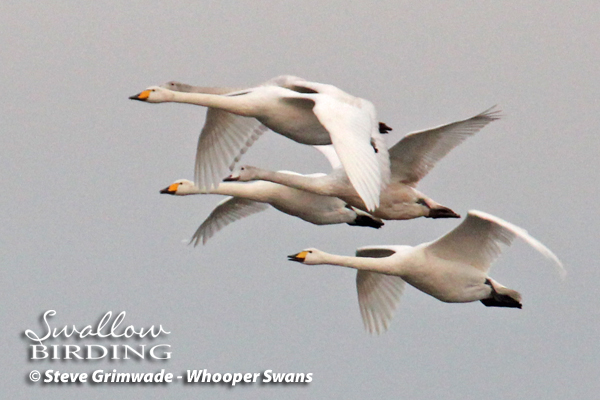 We started the day off at Lynford Arboretum where a small number of COMMON CROSSBILLS frequented the tall firs and gave reasonable views as they fed. Amongst them was an interesting looking bird, which from the views we obtained could have been a first-winter TWO-BARRED CROSSBILL. Something wasn't quite right about it though and it may have been a well marked Common Crossbill. Shame it didn't call!

Along the track we had good views of several MARSH TIT as well as NUTHATCH and COAL TITS. Down at the paddocks we soon located a HAWFINCH sitting in the Hornbeam trees and on closer inspection there were seven birds seen, which was fantastic! REDWINGS were seen perched and in distant trees were a mixed flock of LESSER REDPOLL, SISKIN and GOLDFINCH. We spent time looking for crossbills back near the car-park, but apart from a couple of flyovers it was pretty quiet.

From here we transferred over to Santon Downham, where it didn't take long to locate a flock of BRAMBLING numbering around 70 birds. Some gave good scope views on top of nearby trees. TREECREEPERS, NUTHATCH, GOLDCREST and more SISKINS were seen here before we moved on into Cambridgeshire.

Our journey across the fens found us two MARSH HARRIER over a field as well as a small party of WHOOPER SWAN close to the road. On arrival at the Ouse Washes RSPB reserve we had lunch in the visitor centre, from which we spotted a pair of GREEN WOODPECKER, but no sign of any Tree Sparrows.

Afterwards we visited the hides, noting up to three MARSH HARRIER and 400 WHOOPER SWANS plus good numbers of WIGEON, TEAL, PINTAIL, GADWALL, MALLARD and TUFTED DUCK. Over the far bank a BARN OWL hunted and a SPARROWHAWK perched atop a fence-post out on the washes. A few waders were present including around 100 BLACK-TAILED GODWIT and 80 RUFF, as well as SNIPE, LAPWING and DUNLIN.

A small flock of WHOOPER SWANS flew past, containing a single BEWICK'S SWAN and the only one seen during the day. With the light going, we wandered back to the van and enjoyed some cake before setting off on our journey home.
Next
Previous