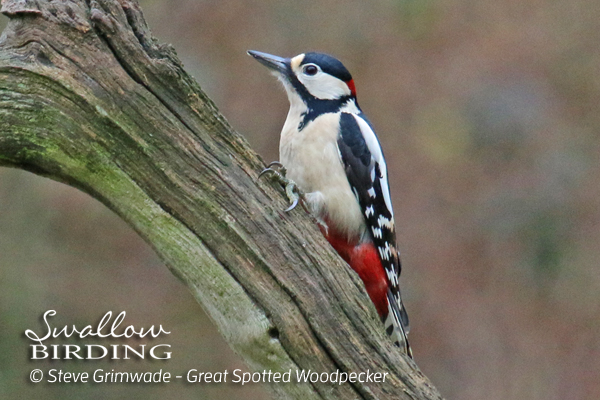 We started the day off at The Lodge RSPB Reserve which is also the headquarters of the RSPB. Good numbers of NUTHATCH were seen on the feeders around the carpark and as we strolled along the footpath we came across a tit flock that contained several TREECREEPER, GOLDCREST, COAL TIT and CHAFFINCH and BLUE & GREAT TITS. A pair of RAVEN flew over calling, which was a real highlight.

From the meadow hide we had excellent views of the common woodland birds including STOCK DOVE, NUTHATCH, RED-LEGGED PARTRIDGE and many more.

The walk around the heath produced very little so we headed back to the open fields close to the carpark. Around 100 FIELDFARE and 50 REDWING fed contentedly on the grass and gave good views.

It was then back to the centre where we had lunch out on the picnic tables, something quite unusual for mid-February!

Afterwards we drove south to Fowlmere RSPB Reserve where we were greeted by the sight and sound of three guys racing trail bikes around a nearby paddock. Despite the noise we took a walk around the trail noting quite a few BROWN TROUT in the crystal clear stream.

We spent quite a lot of time in the Reedbed Hide but it was very quiet apart from a few calling WATER RAIL, SPARROWHAWK, 2 COMMON BUZZARD and a common wildfowl. A female MUNTJAC DEER and three ROE DEER added to the tally and after cake in the carpark we headed for home.
Next
Previous