WHERE THE PAGER TAKES US – WADER SPECIAL
Saturday 29th August 2015 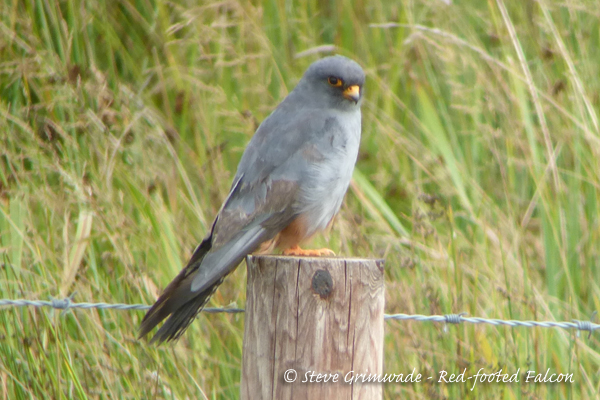 We started the trip off with a RED KITE and a couple of COMMON BUZZARDS as we headed northwards up the M11. Frampton Marsh RSPB reserve was our first port of call and after an introductory talk by the RSPB staff we wandered along the main track noting good numbers of RUFF and BLACK-TAILED GODWIT amongst the many eclipse-plumaged ducks.

We picked out a fine juvenile LITTLE STINT and then three juvenile CURLEW SANDPIPERS feeding with DUNLIN. Other waders included five SPOTTED REDSHANK, RINGED PLOVER and SNIPE. A HOBBY caused havoc as it powered through the marsh scattering waders and wildfowl.

A large flock of LITTLE EGRET were present on the flooded fields and from the seawall we found MARSH HARRIER, CURLEW, REDSHANK and lots of LITTLE GREBES.

It was then back to the centre for a well-deserved lunch!

Afterwards we drove south to Willow Fen LWT reserve where after a mile or so walk, we connected with the long-staying first-summer male RED-FOOTED FALCON. This scarce visitor really put on a show for us and often sat on nearby fence-posts in the open.

After spending some enjoyable time here we returned back to Essex after what had been a good day out!