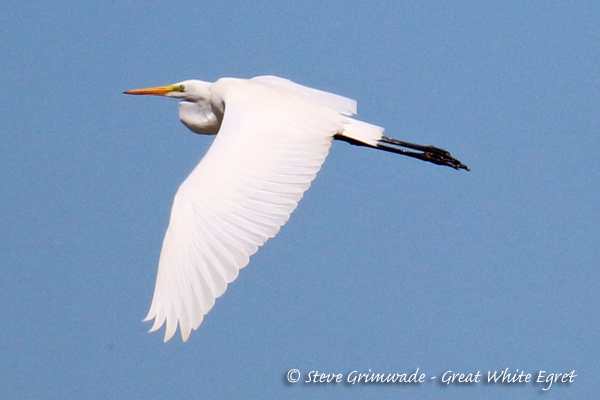 We started the day down in south Essex at Vange Marsh RSPB reserve where once again the WILSON'S PHALAROPE put on a show for us as it constantly fed out on the marsh. Other goodies included a juvenile a LITTLE STINT plus GREEN SANDPIPERS, CURLEW, RUFF and BLACK-TAILED GODWITS. Back at the van we watched two GREY WAGTAILS fly over to the east.

After a breakfast/coffee stop we drove down to Kent and stopped off to see the reported Pectoral Sandpiper only to hear that it had been flushed by a Sparrowhawk earlier in the morning and had not returned. We did have a look but to no avail although there was a little compensation with KINGFISHER and CHIFFCHAFF.

From here we shot down to Dungeness RSPB reserve where with a bit of searching we located a CATTLE EGRET on the edge of a creek that put on a show in flight and on the ground. A MARSH HARRIER was seen quartering the fields and KESTREL, LAPWINGS and GOLDEN PLOVER were out on the vast expanse of shingle.

Whilst having lunch in the visitor centre we watched three GREAT WHITE EGRETS roosting out on Burrowes Pit along with LITTLE EGRET and GREY HERONS.

The wind was quite strong as we made our way to the power station but despite this we enjoyed a spot of seawatching with up to five ARCTIC SKUAS, GANNETS, COMMON SCOTERS, RED-THROATED DIVER, SANDWICH and COMMON TERNS plus a few HARBOUR PORPOISE.

After a stop back at the centre for facilities and ice cream we headed back to Essex and visited Warley Place in Brentwood, where a Yellow-browed Warbler had been reported earlier in the day. Despite a thorough search we couldn't find this Siberian waif but did find LONG-TAILED TITS, CHIFFCHAFFS and GOLDCRESTS amongst the common BLUE and GREAT TITS.

Despite missing a few key species we all had a very enjoyable day with some good birds seen.