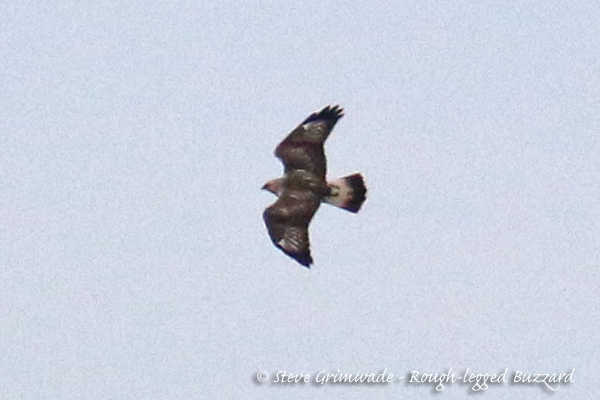 Our day started at Sculthorpe Moor Hawk and Owl Trust Reserve close to Fakenham where a pair of EGYPTIAN GEESE wandered around on nearby arable fields. After checking in at the visitor centre we watched the feeders where NUTHATCH, MARSH TIT and COAL TITS came in to feed.

With the wind blowing strongly we stopped off at the viewing screen and had excellent views of a pair of BULLFINCH. We spent some time in the excellent Whitley Hide where there was just so much going on. During our session in the hide we watched three BRAMBLING, MARSH TIT, BULLFINCHES, LONG-TAILED TITS, COAL TIT, TREECREEPER, and CHAFFINCHES plus we had the added excitement of a SHORT-EARED OWL that flew past the front of the hide!

Moving on to the new Volunteers Hide we met the warden who asked if we had seen the Short-eared Owl. We said yes and he said good as we have just released it! Apparently it suffered a broken leg several weeks before and was nursed back to good health and then released.

Good numbers of GOLDFINCH were seen on the feeders and we found SISKIN and LESSER REDPOLL in the Alders. It was then to the carpark for lunch and a chance to get out of the wind.

We then headed north to the coast and stopped off near to Choseley Barns where we had cracking views of a juvenile ROUGH-LEGGED BUZZARD as it flew close to the road disturbing both GREY and RED-LEGGED PARTRIDGE.

The rest of the afternoon was then spent at Titchwell RSPB Reserve where highlights included SLAVONIAN GREBE, PINK-FOOTED GEESE, COMMON SCOTER and RED-BREASTED MERGANSERS on the very choppy sea whilst on the lagoons we found YELLOW-LEGGED GULL, BAR & BLACK-TAILED GODWITS, RUFF and COMMON SNIPE plus lots of BLACK-HEADED GULLS coming in to roost.

As the light went we watched up to seven MARSH HARRIERS coming in to roost over the reed-bed.

Despite the very strong winds we enjoyed an excellent day out.