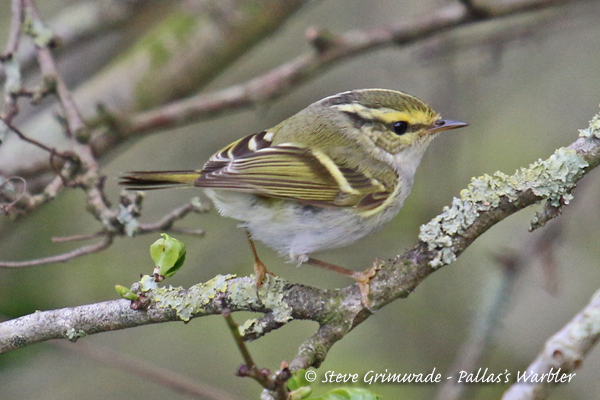 Good Friday 25th March
The overnight rain was slowly clearing as we left our base in North Essex and after making all of our pickups, we headed onto a rather empty M25 with clear skies and sunshine all the way down to Fleet Services where we made a much needed stop for coffee! Our journey produced several RED KITES and COMMON BUZZARDS which were taking advantage of the lovely weather.

We arrived at the eastern edge of the New Forest and wandered up onto a ridge where several COMMON BUZZARDS displayed over the coniferous woods. COAL TITS sang from Silver Birches and a few STONECHATS sat on the scattered Gorse bushes.

Finding a suitable spot, we set up our seats and started scanning the surrounding area. MEADOW PIPITS displayed overhead and at least 20 COMMON BUZZARDS were encouraged up by the warm spring air. It didn't take too long before our first male GOSHAWK was seen soaring over the woods where it gave good scope views. It was joined by another male and they circled together being joined briefly by another bird.

With one of our targets comfortably in the bag we went for a walk around the surrounding area where we soon heard a WOODLARK singing and we traced it to a small Holly bush where it perched on top. Several more STONECHATS were around along with LONG-TAILED TITS and a MISTLE THRUSH that perched high in a tree.

As we made a loop back round we could hear the scratchy song of a DARTFORD WARBLER and good views were had as he sang from the numerous Gorse bushes. Heading back to our watch point, we enjoyed lunch after a good morning.

We wandered back to the van and took a walk along one of the numerous tracks and rides that traverse the forest. With lots of people out enjoying the bank holiday it made listening for birds slightly more difficult than usual. A MARSH TIT was heard and several GREAT SPOTTED WOODPECKERS drummed from within the woods. Several GOLDCREST were singing from conifers but best of all was a superb male FIRECREST that sang right next to the path and gave excellent views.

During our time here we noted several BRIMSTONE and a single PEACOCK BUTTERFLY plus plenty of other insects.

We headed across to a site deep in the forest where we managed to find the last parking space. With the weather so lovely, we partook in an ice cream before wandering into the woods.

As we entered, a NUTHATCH sang from a dead tree whilst several SISKINS flew over. Taking our positions, we had several tantalising sightings of flyover HAWFINCHES before one stunning male HAWFINCH perched up in full view allowing us to get superb scope views!

Over the next 45 minutes, we had several more flight views as the birds ‘ticked’ overhead and we heard another two singing male FIRECREST. Two BULLFINCHES were great to see as they fed on buds, before we slowly wandered back to the carpark.

The journey to our accommodation was reasonably straight-forward despite bank holiday traffic and after checking in, we met for dinner which was very welcome indeed before retiring for the night after a long day.


Saturday 26th March 2016
We met for breakfast at 7.45am and afterwards headed out to our first stop on the Avon Valley at Ibsley. From the bridge we saw a KINGFISHER zip through, whilst a CETTI’S WARBLER sang from nearby. We spent some time looking for a Bewick’s Swan, which had been reported the previous day but there was no sign, despite a thorough search through at least 100 MUTE SWANS.

The weather was a stark contrast to the previous day with strong winds and squally showers which made birding tricky. A SWALLOW was a surprise as it flew low past us during a rain shower and we also saw SPARROWHAWK, EGYPTIAN GEESE, REED BUNTINGS, REDSHANK, SHELDUCK and several LESSER BLACK-BACKED GULLS.

Moving on to the excellent reserve at Blashford Lakes we wandered to the centre, where a CHIFFCHAFF was singing from deep in the scrub and NUTHATCHES, SISKINS and COAL TIS were coming onto the feeders.

Our first port of call was the Woodland Hide where the sound of birds as we approached it was deafening! Luckily, the hide was empty so we took up position and spent some time enjoying the wide variety of species. Around 50 SISKINS fed constantly on the feeders and were joined by around 15 LESSER REDPOLLS including some ‘rosy-flushed’ males.

A pair of GREAT SPOTTED WOODPECKERS were seen briefly before a SPARROWHAWK came through and disturbed everything. Eventually they all came back and it was then that we saw our first BRAMBLING. Up to 12 birds were seen including males in full summer breeding plumage which were absolutely stunning! REED BUNTINGS were also common with around 10 birds taking advantage of the food, along with BLUE, GREAT, COAL and LONG-TAILED TITS plus lots of CHAFFINCH.

It wasn't just birds though as the walk along the footpath produced some excellent specimens of SCARLET ELF CUP fungi which were delightful.

Our next hide overlooked Ivy Lake where water levels were quite high, but despite this we watched GREAT CRESTED GREBES, TUFTED DUCKS, POCHARD and our first SAND MARTINS of the year. Moving on to the hide at the north end of the lake, it was really quiet for birds apart from WIGEON and a few TEAL but the strong winds really did not help.

We wandered back to the van for lunch before heading over the road to Ibsley Water. We spent quite a while in the hide as we hoped a gull roost would start to form as the afternoon progressed, but unfortunately this didn't happen.

Despite this we enjoyed some good birding with a fine summer-plumaged BLACK- NECKED GREBE plus a moulting SLAVONIAN GREBE sheltering from the wind. Hundreds of SAND MARTINS flew low over the lake and a real surprise was a SANDWICH TERN that was resting on a shingle spit.

Up to nine GOOSANDER were seen plus lots of SHOVELER, GADWALL and a few GOLDENEYE thrown in for good measure. Waders were quite well represented with a LITTLE RINGED PLOVER feeding along the shore alongside a DUNLIN. REDSHANK, LAPWING and CURLEW which were also noted, the latter resting briefly before heading off north towards their breeding grounds.

A CASPIAN GULL was seen briefly amongst lots of HERRING, LESSER BLACK-BACKED and GREAT BLACK-BACKED GULLS but disappeared when disturbed by an EGYPTIAN GOOSE!

Just before we contemplated leaving, a superb male GREY WAGTAIL landed in front of us and proceeded to feed along the shoreline before flying off.

By now it was starting to turn cold with more frequent showers which we had managed to avoid so far during the day and as we didn't want to get caught we walked back to the van and headed off to our last site of the day.

A small flock of CHAFFINCHES were feeding on the ground alongside GREAT and BLUE TITS plus our first HOUSE SPARROWS of the trip. There was no sign however of any Mandarin Duck but there were MALLARDS, CANADA GEESE and a lonely-looking MUSCOVY DUCK.

With the rain falling heavily, we decided to leave and head for base, when alongside the track, a pair of MANDARIN DUCKS swam out from right next to the road! We had excellent views as they swam closer despite the torrential rain!

Delighted by this we began our journey back which was tricky with the gale force winds blowing through the area. We arrived back in time for a hot shower and some time to relax before meeting for dinner which again was very enjoyable.


Easter Sunday 27th March 2016
The clocks had gone forward overnight which meant losing an hour in bed but we were raring to go as we met for breakfast.

We were intending on spending the morning at Keyhaven Marshes but after arriving at the site and getting battered by icy rain and blasted by winds that almost lifted us off the ground we abandoned the plans and drove westwards into Dorset.

Arriving in the small village of Portesham we found the footpath that took us to a small farm in the beautiful Dorset hills.

It was rather quiet when we arrived with only one birder and no birds! Eventually a bird was glimpsed in a small copse of Blackthorn and Bramble and it turned out to be a super PALLAS’S WARBLER that had been wintering in the area! Although elusive in the strong winds, the bird showed reasonably well before disappearing, whilst it made a circuit of the area and once again popping up and showing.

Just as we were planning on leaving, it flew across the path and gave amazing views in a small Elder bush where the lemon yellow rump glowed in the sunshine. It also gave us the opportunity to hear its call which was quite similar to a Yellow-browed Warbler.

We left the bird in peace and headed back to the village for lunch and with great reluctance started our journey home. Several COMMON BUZZARDS were seen and as we drove around the M25, a party of around 20 RED KITES were seen circling the road.

Arriving back in Essex in good time, we dropped everyone off after what had been a great tour with some quality birds and on a whole we had managed to escape the worst of the weather, all in the company of a lovely group of customers!