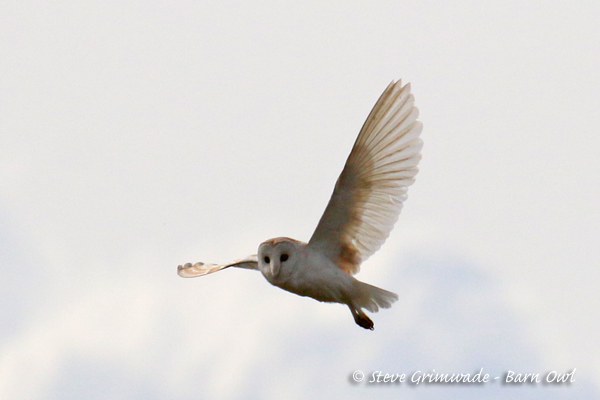 A superb day exploring the excellent habitat at Stow Maries WWI Aerodrome. We started off with several YELLOWHAMMERS as we approached the airfield and as we stood by our cars, a lovely BARN OWL flew past as it was hunting over the fields.

After a briefing by owner Russell Savory, we began our walk. Several SPARROWHAWKS were seen and the first of around 10 COMMON BUZZARDS soared in the morning sunshine. GREAT SPOTTED WOODPECKERS drummed and SKYLARKS sang from above us as we headed south along the field edges.

A singing CHIFFCHAFF showed well above us and both GREAT, BLUE and LONG-TAILED TITS were also seen. Moving on we came across many more SKYLARKS and MEADOW PIPITS plus a flock of FIELDFARES before heading back to the Officers Mess for lunch and a welcome cuppa served by the excellent volunteers.

After our lunch, Russell showed us several films featuring the wildlife of the airfield before we headed out once more. A small number of LINNETS were seen in the trees and several KESTRELS hunted the long grass for rodents.

A scan of the disused buildings eventually produced a LITTLE OWL which although quite distant, we all had good views.

It was then back for a look at some of the exhibits which included a brand new museum that had only opened a few days before as well as one of the aircraft hangars.

The day concluded with superb views of a WATER VOLE at close range on the pond, plus a BARN OWL hunting over the meadow before it returned carrying a huge vole for its young.