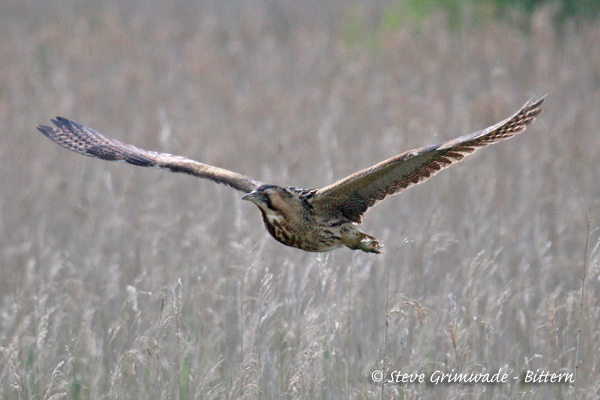 We started our day slightly later than usual and popped into the café for sustenance before venturing out onto the reserve. On leaving the centre we crossed the pond where a WATER VOLE showed well and SAND MARTINS buzzed overhead.

Our walk out along the North Wall produced BEARDED TITS, SEDGE & REED WARBLERS plus a showy CETTI'S WARBLER and the day got even better when a pair of MEDITERRANEAN GULLS flew over and a few SANDWICH TERNS flew south.

A good number of KITTIWAKES were on South Scrape where nine KNOT flew over and out to sea. The walk back towards the centre was excellent for insects with NORFOLK HAWKER, HAIRY DRAGONFLY and quite a few VARIABLE DAMSELFLIES being seen.

Lunch was enjoyed in the sunshine and afterwards we made our way around the other parts of the reserve. A juvenile GREAT SPOTTED WOODPECKER was seen in a nest hole and further along a GARDEN WARBLER sang its heart out.

We lingered in Bittern Hide where a BITTERN showed briefly and could be heard booming from close-by plus we saw HOBBY, KINGFISHER and a WATER RAIL that swam across a channel.

Moving on to the excellent Island Mere hide we found an OTTER swimming at the back of the mere plus another HOBBY that was seen hunting dragonflies over the reed-bed. BEARDED TITS flew to and fro from their nest in the reeds close to the boardwalk and we were treated to amazing flight views of a BITTERN which flew to a nest hidden in the reeds and then a few moments later it flew past again!

With time getting on, we moved to another site nearby on the heath where we watched three adult STONE CURLEW with one chick which gave good scope views.

It was then time to head off and have fish and chips which went down very well. The only downside was that by now, rain had started to fall and by the time we left for our Nightjar site it was torrential!

Things were not looking good but we persevered and eventually it eased off enough to go for a walk. It was pretty quiet except for a pair of YELLOWHAMMER so we wandered off once again as the light started to drop. At 9.30pm our first NIGHTJAR began churring and soon we located a male perched on top of a small branch. It flew after a while, but luckily landed on another branch and again showed well in the scope.

We headed back for our journey home after a superb day of birding in Suffolk!