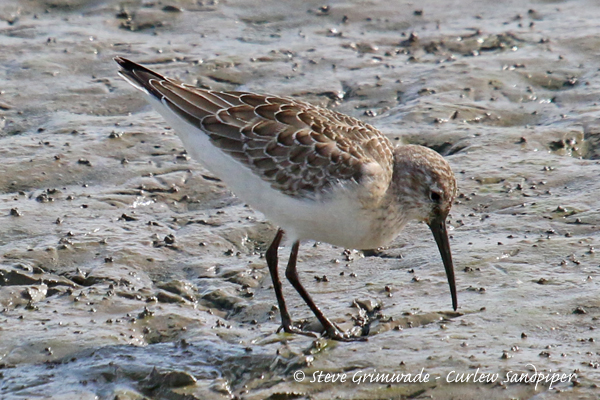 With the weather forecast looking slightly dodgy, we made the decision to head north to Norfolk where our day kicked off with a visit to Titchwell RSPB Reserve. We attempted to look for the recently present Pectoral Sandpiper but despite a good look, failed to pick up the bird. We did however find three LITTLE STINT and four pristine juvenile CURLEW SANDPIPERS on the fresh-marsh.

A look at the sea provided us with a few GANNETS moving east plus RED-THROATED DIVERS in the very calm conditions. BEARDED TITS showed well along the footpath as they flitted amongst the reeds.

News came through of two Richard’s Pipits at nearby Holme so we headed straight there and took our lunch with us up onto the seawall. Unfortunately, the pipits failed to show but we did have some compensation with male PEREGRINE, COMMON BUZZARD, MARSH HARRIER, PINK-FOOTED GEESE and up to four WHINCHATS!

Whilst enjoying a hot drink in the visitor centre, the sky to the south was pitch black with thunder and lightning and by the time we had started to drive away, the heavens opened with torrential rain.

Hence we headed south and on reaching the Brecks the rain had ceased. With some time remaining we headed to an area where Stone Curlews had gathered before heading south for the winter.

The fields held plenty of RED-LEGGED PARTRIDGES and PHEASANTS and we located a nice covey of eight GREY PARTRIDGE before Steve located our first STONE CURLEW. By the time we left, we had counted 19 birds which rounded off the day nicely!