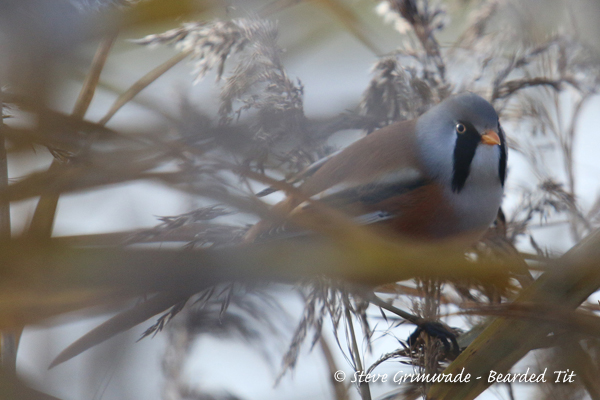 We arrived at Frampton Marsh RSPB reserve to find bright, sunny conditions with light winds, perfect for winter birding. The first bird we laid eyes on was a female MERLIN that flew past and landed on a fencepost out on the fields.

The fields also held lots of WIGEON plus hundreds of PINK-FOOTED GEESE that flew in to feed. Our walk took us to the seawall during which three BEARDED TITS were seen feeding in the Phragmites whilst a WATER RAIL called from nearby.

The view from the seawall yielded many wildfowl and waders including two SPOTTED REDSHANK that were pointed out to us by the warden. Some of the group also saw some distant WHOOPER SWANS but they were pretty much just white blobs!

With our stomachs rumbling, we headed back for lunch and watched a few TREE SPARROWS on the bird feeders.

The remainder of the afternoon was spent in the superb 360 degree hide where highlights included HEN HARRIER, PEREGRINE and MARSH HARRIER plus GREENSHANK, RUFF, GOLDEN PLOVER, PINTAIL, BRENT GEESE and lots of WIGEON, TEAL and LAPWING.

Whilst enjoying coffee and cake back at the centre, we watched a BARN OWL quartering the reed-bed whilst CETTI’S WARBLER and WATER RAIL called from nearby, a fine end to the day!