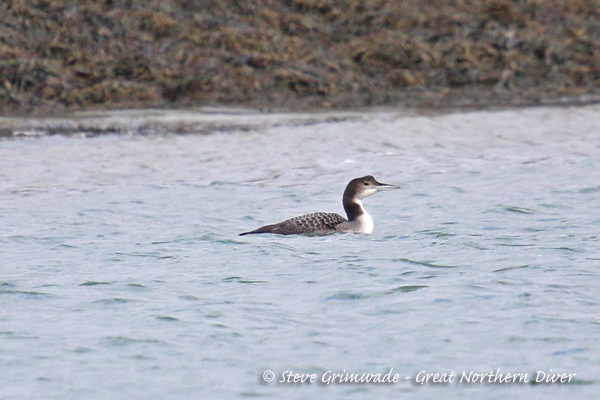 Yet again, another superb sojourn out on the River Blackwater for a spot of winter Birdwatching. Lots of DARK-BELLIED BRENT GEESE were in the Strood Channel and the incoming tide produced around 20 LITTLE GREBES in the shallow water.

Salcott Channel was quiet bird-wise so we moved round into Tollesbury Channel between Old Hall Marshes RSPB and Tollesbury Wick EWT reserves and this proved successful with two GREAT NORTHERN DIVERS that gave good views plus a superb flock of GOLDENEYE and RED-BREASTED MERGANSERS.

Large numbers of waders roosted as the tide flooded in and the sight of flocks of GREY PLOVER, KNOT and BAR-TAILED GODWITS wheeling round was a real spectacle!

Moving down towards Rolls Farm we found another couple of GREAT NORTHERN DIVERS plus our first COMMON SCOTERS. Soon afterwards a single VELVET SCOTER gave us a lovely fly past.

As we reached the Goldhanger area there were many birds on the water ahead, the first of these being a LONG-TAILED DUCK! Sorting through the wildfowl took time and perseverance but this paid off when we found a flock of SCAUP amongst RED-BREASTED MERGANSERS and GOLDENEYE.

A check of the southern side of Osea Island produced a lone BUZZARD perched in a tree plus on the water were more RED-BREASTED MERGANSERS and GREAT CRESTED GREBES.

Back on the northern side we slowly moved onwards when in front of us were six LONG-TAILED DUCKS in a tight flock which gave good views.

Just when things couldn't get any better, we came across two RED-NECKED GREBES together, a rare sight in Essex waters! A hunting harrier on the sea wall turned out to be a ringtail HEN HARRIER, which may have been the bird we had seen the previous weekend.

With time getting on we motored back towards Mersea and arrived after what had been a very successful trip. Now we can't wait until the next one!