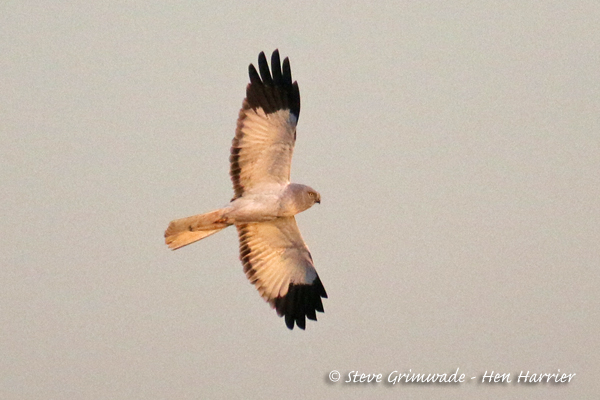 21 EBS members met on a wonderfully sunny morning for a day of birding around Wallasea Island on the last field trip of 2016. We were lucky to have local birder Jeff Delve with us for the day who gave updates on the whole reserve and where to see the best birds as we wandered around.

The morning was spent exploring the eastern end of the reserve with five TWITE out on the managed retreat, this was the scarcest of our sightings as this was once a common winter visitor to the county. We began spotting our first raptors which included KESTREL, male and female MERLIN, COMMON BUZZARD, three HEN HARRIERS, two MARSH HARRIERS and male a female PEREGRINE!

The newly created lagoons looked so good and have proven their worth, having already attracted lots of nesting Avocets during the last summer.

Eventually we returned for a spot of lunch before taking a circular walk around the western end of the reserve. Highlights included five SHORT-EARED OWLS, several close flybys from the male HEN HARRIER, 200 CORN BUNTINGS, STONECHATS and flocks of REED BUNTINGS which rounded off an excellent day.