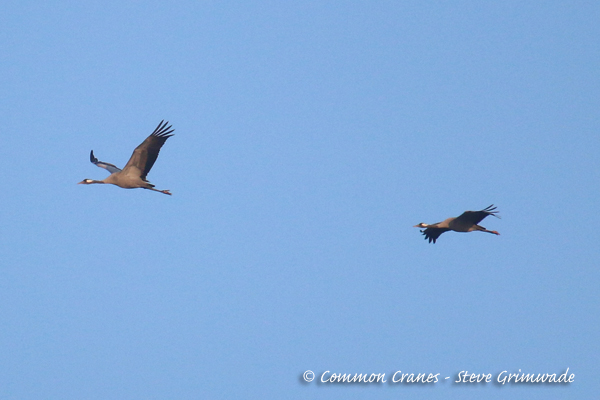 Our day started in Lowestoft where the first bird we laid eye on was a female PEREGRINE FALCON perched on top of a silo in the docks. Whilst enjoying a coffee and bacon butty we watched the male join the female and he displayed overhead giving great views.

A quick scan of Lake Lothing produced two adult SHAGS plus REDSHANK and CORMORANTS. At nearby Ness Point we quickly added PURPLE SANDPIPERS to our day lists when 13 of these dapper waders were seen feeding at low tide on the seaweed encrusted rocks. RED-THROATED DIVERS and GANNETS flew north along with several hundred CORMORANTS.

With the sun making an appearance we drove to Burgh Castle and a few minutes later we were scanning across Haddiscoe Marshes. Good numbers of MARSH HARRIERS were seen plus COMMON KESTREL, COMMON BUZZARD and a distant MERLIN.

Two CHINESE WATER DEER fed in the distance and one last scan produced the long-staying adult male ROUGH-LEGGED BUZZARD sitting out on the marsh. Although distant, we had good scope views of this winter visitor to the UK before heading back to the carpark.

Our final port of call before lunch was Mautby near Great Yarmouth where we chanced our luck looking for an Iceland Gull and Hooded Crow. We saw the HOODED CROW pretty much straight away but all of the gulls were disturbed by something and never settled. We did however see two MEDITERRANEAN GULLS amongst the flock.

It was then off to Winterton for a spot of lunch in the sunshine and whilst looking at the sea we found good numbers of RED-THROATED DIVERS, GANNETS and a few GREY SEALS.

We decided against a walk along the beach as the sun had brought everyone out and the place was quite busy. Our decision was to head slowly round to Hickling Broad and see what we could find.

The walk down to Stubbs Mill was rather quiet and on reaching the viewpoint, the light was amazing! After around 10 minutes we picked up a family party of COMMON CRANES flying south and then we spotted another 16 in flight to the north! Around 500 PINK-FOOTED GEESE were seen also plus around 10 MARSH HARRIERS.

FIELDFARE, STONECHAT, COMMON KESTREL and a flock of LINNETS were noted and Steve had brief views of a BITTERN in flight. A BARN OWL flew over the reeds and disappeared to the south and a short while later another hunted behind us!

With time getting on, two more COMMON CRANES flew in from a great height before disappearing from view. After we had tucked into some Chocolate and Cranberry cake we strolled back to the carpark. The family group of COMMON CRANES flew over the road once again giving brilliant views. Back in the carpark we enjoyed a slice of fruit cake!

We arrived back in Essex after what had been a superb day trip with many quality birds, good weather and a great group of people!