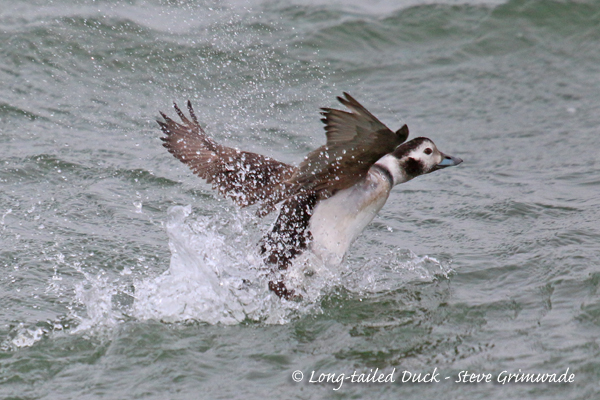 Everyone met bright and early on the Hythe Quay for our day sail on the River Blackwater which started with introductions from our hostess Annie.

BLACK-TAILED GODWITS gave lovely views close to the mooring and a couple of GREENSHANK fed on the mud as the tide came in. Eventually we were underway and plenty of wildfowl and waders were seen as we cruised past Heybridge Basin towards Osea Island.

There was a stiff breeze blowing but we managed to see fantastic birds during the day including 19 LONG-TAILED DUCKS, 1 VELVET SCOTER & 3 COMMON SCOTER which are uncommon visitors to the Estuary.

Up to 6 MARSH HARRIERS were noted along with 2 PEREGRINE FALCONS and COMMON KESTRELS. After a very tasty lunch we spent time on the north shore of the Blackwater and managed to get some shelter from the now chilling wind. Good numbers of RED-BREASTED MERGANSER and GREAT CRESTED GREBE took advantage of the many fish in the river before it was time to slowly head back to Maldon under sail.

The sunset was amazing as we reached Maldon and as dusk arrived we were treated to a sight and sound extravaganza from the waders as we came into dock.

Despite the cold weather, we enjoyed a super day on the River Blackwater with good birds, good food and great company!