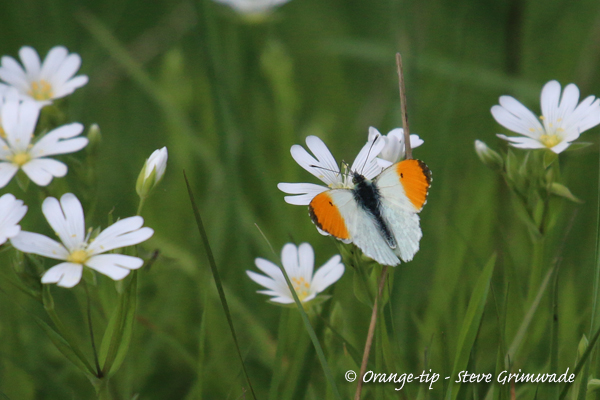 It didn’t feel particularly spring-like as we walked up onto the seawall at Heybridge Basin and there were plenty of ‘winter’ birds still around. Hundreds of BLACK-TAILED GODWITS mostly in summer plumage fed on the estuary. A couple of GREENSHANK were in the shallows with COMMON REDSHANK for good Id comparison and there were many DARK-BELLIED BRENT GEESE, COMMON REDSHANK, CURLEW, TURNSTONE and a few BLACK-TAILED GODWIT thrown in for good measure.

Our first CUCKOO of the year was heard and then seen as it fed on the glut of Brown-tailed Moth caterpillars in the trees and bushes. Other summer migrants included a REED WARBLER singing from deep in the reedbed whilst we had good views of several SEDGE WARBLERS and COMMON WHITETHROATS.

A couple of summer plumaged MEDITERRANEAN GULLS drifted over and landed briefly before carrying on back to the estuary. Our return walk along the canal towpath produced lots of singing BLACKCAPS, CHIFFCHAFFS and CETTI’S WARBLERS.

After a warming drink in the Wilkin & Sons tearooms we had lunch before moving round to Chigborough Lakes EWT reserve. The BLACKCAP & CHIFFCHAFF theme continued with plenty of birds heard and seen. BULLFINCH were seen briefly and several COMMON BUZZARDS drifted overhead.

A trip over to Loft’s Farm pits revealed our first COMMON TERNS of the year as they hawked insects low over the water.

We had great views of nesting LITTLE EGRETS, GREY HERONS and CORMORANTS before heading back round to the carpark for a well-earned rest after a great day of birding.