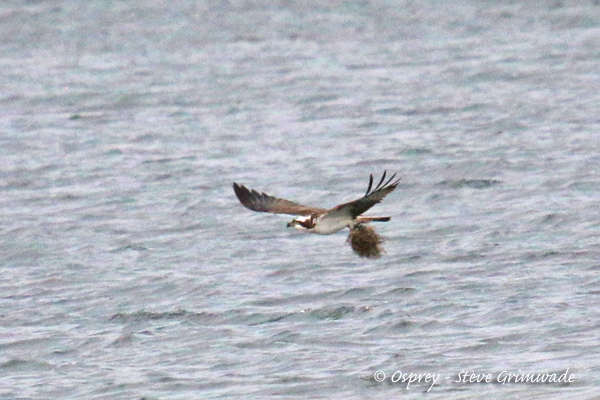 Our day kicked off well with a RED KITE even before we had left Essex with a bird close to Stansted Airport. The remainder of the journey produced more RED KITES and COMMON BUZZARDS and on reaching Rutland Water, home of the British Birdwatching Fair it felt chillier than it does in August!

We spent time in the birdwatching centre where it didn't take long before OSPREY made its way onto our lists. Hundreds of SAND MARTINS and a few BARN SWALLOWS flew low over the water, no doubt taking advantage of the hatching insects.

Walking along the trails yielded at least four BULLFINCH, singing BLACKCAP and WILLOW WARBLERS and on our way we stopped off to photograph a fine colony of SNAKE’S HEAD FRITILLARIES.

On lagoon four were COMMON TERNS, LITTLE RINGED PLOVER plus a mixed flock of DUNLIN and RINGED PLOVERS. Goodies seen from the other hides included another OSPREY, COMMON SANDPIPER and lots of EGYPTIAN GEESE.

Lunch was enjoyed in the visitor centre and later we visited another lagoon where the highlight was a superb pair of GARGANEY asleep on an island. Many COMMON REDSHANK were seen including several displaying birds.

The remainder of the afternoon was enjoyed at Lyndon nature reserve where the bird feeders held TREE SPARROWS, YELLOWHAMMERS and REED BUNTINGS and there were more EGYPTIAN GEESE.

A walk was taken down to the hide overlooking Manton Bay where we had scope views of a pair of OSPREYS with the female on the nest incubating four eggs. The male flew in carrying more nesting material but not the fish that she was expecting!

After enjoying hot cross buns and a drink at the centre we began our journey back to Essex after what had been a very successful Easter birding trip!