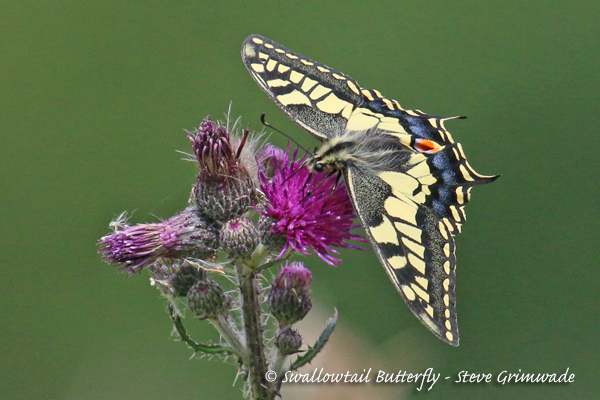 The weather was not promising for our day trip to the Norfolk Broads and certainly not good enough to look for Butterflies and Dragonflies but as always, we soldiered on against the British weather and didn’t let it get in our way!

Three species of Orchid were seen during our journey, the first two whilst we had breakfast and we arrived at Strumpshaw Fen RSPB reserve to overcast skies and a brisk wind. The BEE ORCHIDS near the centre had started to go over but the SOUTHERN MARSH ORCHIDS were still looking splendid.

Our walk took us towards the northern part of the reserve where RINGLET, SPECKLED WOOD, COMMA, RED ADMIRAL, SMALL TORTOISESHELL and MEADOW BROWN were all not surprisingly seen in a sheltered area. At least two GRASSHOPPER WARBLERS ‘reeled’ from the reed-bed and WESTERN MARSH HARRIERS glided overhead.

We took a walk around the fen where NORFOLK HAWKER DRAGONFLY was seen plus a few BLACK-TAILED SKIMMERS on the boardwalk. With the weather still not great it was a real surprise when a SWALLOWTAIL BUTTERFLY flew over us and away!

Much more confiding was a pretty large SWALLOWTAIL caterpillar on its’ food plant MILK-PARSLEY. With it still pretty windy we headed to another part of the reserve and unbelievably, a cracking SWALLOWTAIL was seen feeding on bramble. We all enjoyed superb views as it flitted about before flying off.

The wildflower meadow was rather quiet except for several FOUR-SPOTTED CHASERS and some newly-emerged COMMON EMERALD DAMSELFLIES.

Back to the woods and with a little perseverance, we found at least two WHITE ADMIRAL BUTTERFLIES ‘nectaring’ on bramble.

Lunch was enjoyed overlooking the reserve before we headed off to our next site, although conditions were still cloudy and breezy, but it didn’t matter as we were looking for orchids!

Eventually we found the right spot and there was a fine FEN ORCHID, although some of the group were expecting something more spectacular. MARSH HELLEBORINES were in fine flower plus COMMON LOUSEWORT, ROUND-LEAVED WINTERGREEN, BOG PIMPERNEL, BOG MYRTLE and mixed groups of SOUTHERN MARSH & COMMON SPOTTED ORCHIDS.

The sun came out and we had brilliant views of several SWALLOWTAILS feeding on MARSH THISTLE at close range. BANDED DEMOISELLES, LARGE SKIPPER and both LARGE and GREEN-VEINED WHITES were also seen.

With some time spare we drove to Potter Heigham and made a mile long walk out to the marshes where we were lucky to watch a pair of BLACK-WINGED STILTS with two well-grown youngsters.