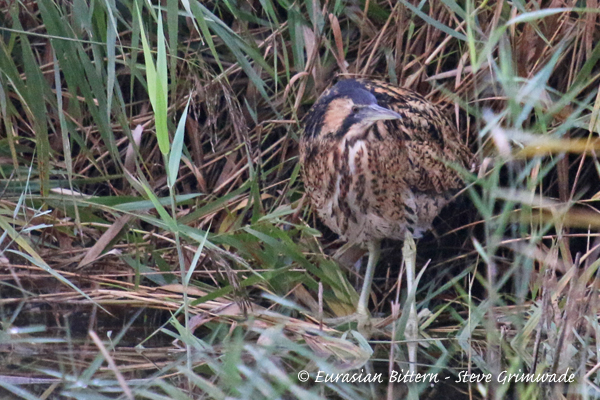 The forecast was disastrous with heavy rain forecast for the morning but we managed to drive through a torrential downpour and the rest of the day improved, with only a little light rain on and off during the morning!

We began at the Ouse Washes RSPB reserve where we had good views of around 50 WHOOPER SWANS as they fed on sugar beet close to the road.

Four PINK-FOOTED GEESE spent time feeding with the mixed flock of GREYLAG and CANADA GEESE whilst hundreds of EURASIAN WIGEON grazed the fields.

Lunch was enjoyed back in the visitor centre before we headed over to Lakenheath Fen RSPB reserve. We didn’t get far, when we came across a massive flock of WHOOPER SWANS numbering around 2000 birds and amongst them were 29 COMMON CRANES! Although distant they showed well, especially when zoomed to 75x.

We left the birds in peace and slightly later than planned arrived back in Suffolk. As we walked into the Lakenheath visitor centre, we were greeted by the question “do you want to see a Bittern?” Of course the answer was yes! There on a pool close to the centre stood a magnificent EURASIAN BITTERN and we all enjoyed excellent views of the normally shy bird.

With time getting on we rounded the day off at the washlands viewpoint where GREY WAGTAIL, COMMON KINGFISHER, CETTI’S WARBLER, EUROPEAN STONECHATS and WESTERN BARN OWL made their way into our notebooks.

After a slice of cake and a hot drink we headed for home after what had been a magnificent day in the Fens!