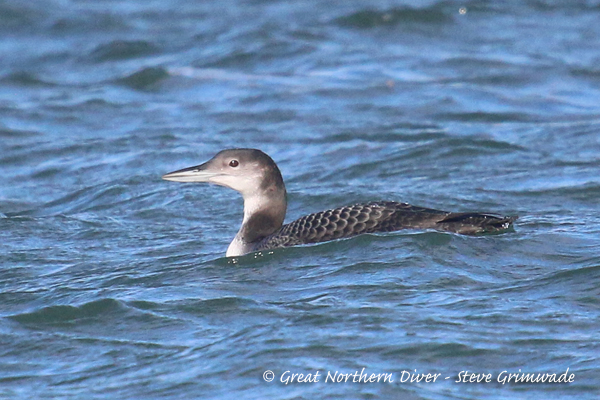 Our boat trips on the River Blackwater commenced once again for the winter and despite a bright sunny day, it was decidedly chilly with a brisk northwesterly wind. Only a few minutes out of harbour we found a BLACK BRANT which is presumably the regular wintering bird returning and in the Salcott Channel we enjoyed prolonged sightings of a juvenile GREAT NORTHERN DIVER.

A lone SLAVONIAN GREBE flew past whilst amongst the GREAT CRESTED GREBES and occasional RED-BREASTED MERGANSER we found 13 female/immature COMMON SCOTER.

We concluded the trip with a juvenile RED-THROATED DIVER plus a small flock of SANDERLING. Other species seen included EURASIAN SPARROWHAWK, PIED AVOCET, COMMON BUZZARDS and thousands of waders and wildfowl such as DUNLIN, RED KNOT, GOLDEN & GREY PLOVER, EURASIAN WIGEON, NORTHERN PINTAIL and many more.