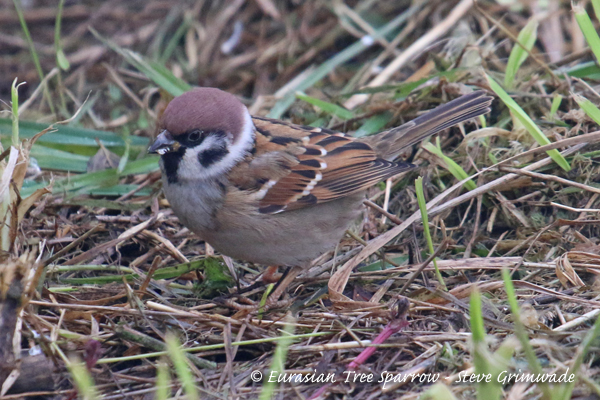 As we journeyed north we picked up at least five RED KITES close to the A1 and the flatlands of the Fens held good numbers of COMMON BUZZARDS.

On reaching the reserve centre we were greeted by flocks of FIELDFARES as they were disturbed from the dense hedgerows. On the centre feeders, it was great to see both HOUSE and TREE SPARROWS side by side along with EURASIAN GOLDFINCHES amongst others.

We spent the morning walking out to the sea bank which typically took ages as there was so much to see! Highlights included a few EUROPEAN STONECHATS that flitted in front of us whilst thousands of EURASIAN WIGEON and DARK-BELLIED BRENT GEESE used the wet scrapes to feed and rest up.

A lone LITTLE STINT was seen in flight with a small group of DUNLIN and on the fields were a few EURASIAN ROCK PIPITS which seemed out of place from their usual saltmarsh habitats.

Several WESTERN MARSH HARRIERS quartered the marsh and on a distant fencepost a male MERLIN perched up. With our stomachs rumbling, we wandered back to the centre for lunch in the warmth, whilst enjoying a hot cuppa.

A male PEREGRINE FALCON was found whilst we were eating and later we managed to get closer to this bird as it sat in a field, eyeing up its next meal. Time was spent in the hides where we had really good sightings of up to ten EURASIAN SKYLARKS as they fed in a ploughed area close to the hide.

As light started to fall, we headed back to centre and here a small murmuration of COMMON STARLINGS flew past and into the reeds to roost.

We enjoyed a slice of cake in the centre before starting our homeward journey after what had been another great trip to Frampton Marsh.