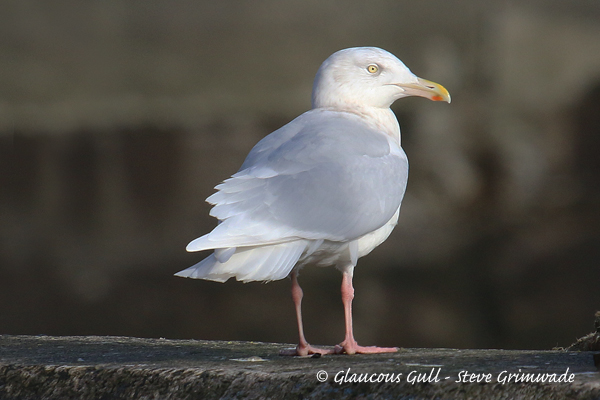 Saturday 20th January 2018
We left Essex bright and early and started our journey down to the southwest. After our pickups were made we stopped for breakfast at Fleet Services before continuing down. The weather wasn’t great with persistent rain and low cloud but we still managed to see plenty of COMMON BUZZARDS, most of which were perched up.

After a brief stop at Exeter we drove the short distance to Matford Pools RSPB reserve and wandered out to the viewing screens. A COMMON KINGFISHER showed well in overhanging Willows and Tim did well to find the drake AMERICAN WIGEON that had returned for its second winter. We enjoyed good scope views as it fed with a small flock of EURASIAN WIGEON and good comparisons of the plumage could be made.

Unfortunately it started to rain again so we made a hasty retreat, but not before we watched a COMMON CHIFFCHAFF fly-catching from a small bush. On a flooded field nearby were a small number of roosting COMMON SNIPE before we headed to the van and onwards to Broadsands.

After a spot of lunch we took a walk and checked out an area where food is put down for the rare Cirl Bunting. Despite a thorough search there was no sign of any so we checked out the bay.

Around four GREAT NORTHERN DIVERS were present plus several hundred NORTHERN GANNETS which fed offshore creating quite a sight! A male PEREGRINE FALCON flew across the bay causing panic amongst the local gulls, whilst both GREAT CORMORANT and EUROPEAN SHAG were noted.

We strolled across a very muddy field to have a look at Elberry Bay but apart from a first winter and an adult GREAT NORTHERN DIVER, the blustery conditions made viewing difficult.

After another unsuccessful attempt at the buntings, we cut our losses and drove north to the RSPB reserve at Labrador Bay where conditions were very sunny but with strong winds. The birds would be in the sheltered spots and with a little patience, Emma found a flock of around six CIRL BUNTINGS including some smart-looking males. Delighted with this, we walked back to the van and made our way to our hotel for our night in Newton Abbot.

After checking in we spent time relaxing before meeting for our evening meal which was very enjoyable. We discussed plans for the next few days and kept our fingers crossed that the weather would be kind!


Sunday 21st January 2018
After a good rest we met for breakfast at 7.30am and left the hotel making our way towards Cornwall. The weather wasn’t great with poor visibility, strong winds and rain, making driving conditions pretty tricky.

Our first port of call was Dozmary Pool, situated on Bodmin Moor, but unfortunately there was a slight problem, we couldn’t see the pool! The mist was so thick that we aborted mission and headed westwards. After a stop for facilities, we drove to the small coastal village of Porthpean.

The weather had improved significantly and the bay was quite sheltered which made viewing comfortable. Good numbers of NORTHERN FULMARS perched on the cliffs with a small number enjoying the breezy conditions as they glided across the bay.

We soon located a female LONG-TAILED DUCK in calm waters and a short time later picked up four dark ducks diving on the western side. As the light was good we could identify them as one VELVET SCOTER and three SURF SCOTER (adult female, juvenile female and juvenile male). Luckily they swam closer and good scope views were had of these scarce ducks.

By now rain had started to fall again, so we left and drove north to Newquay. After a stop to pick up lunch we arrived at Trenance boating lake and with drizzle blowing through the area we had lunch in the van. Afterwards we wandered around the lake but the highlights were a LITTLE GREBE and four MUSCOVY DUCKS!

The weather had now turned quite nasty so we were retreating to the van when Avis suggested checking out a couple of gulls on a small island. Lo and behold, there was our target, a 2nd winter RING-BILLED GULL! We had good views of this North American species as it preened on the island.

With time to spare, we headed straight to Helston and to the local sewage works and boating lake. The compound was reasonably sheltered and held good numbers of COMMON CHIFFCHAFFS with around 50 birds flitting about. With some perseverance, we located a SIBERIAN CHIFFCHAFF at the top end of the site before the drizzle curtailed our birding.

A single GREY WAGTAIL fed on the filter beds and because of the poor weather, we headed to the boating lake to get shelter. Water levels were high with a few TUFTED DUCK being the birds of note.

We had one last look at the sewage works and David B struck gold by finding a cracking COMMON FIRECREST flitting around in a hedgerow. The bird was present with a few GOLDCRESTS and both COMMON CHIFFCHAFF and LONG-TAILED TITS.

We were quite wet by now so went straight to the hotel to dry off and have a rest before meeting for our evening meal, which went down very well indeed! With the weather forecast looking better for the following day we headed off to bed with our fingers crossed that the forecast would be right.


Monday 22nd January 2018
We awoke to a clear sky which was a huge improvement on the previous day to say the least! After a hearty breakfast we drove the short distance to Penzance and the area surrounding the Jubilee Pool, an outdoor swimming pool situated on the coast.

As we parked and walked along the road, a female BLACK REDSTART flitted on a disused art gallery, a great start to the day! With the tide dropping, we located a flock of wintering PURPLE SANDPIPERS numbering 26 birds, plus a good number of RUDDY TURNSTONE thrown in for good measure. Offshore were around six GREAT NORTHERN DIVERS plus a female COMMON SCOTER and a flock of winter plumaged BLACK-LEGGED KITTIWAKES.
Both EUROPEAN ROCK PIPITS and GREY WAGTAILS flitted around the harbour walls and an ATLANTIC GREY SEAL showed well in front of us.

We then moved on to nearby Wherrytown Beach where a juvenile PALE-BELLIED BRENT GOOSE fed unconcerned on the beach, oblivious to all the people walking dogs and collecting seaweed!

It was then on to nearby Newlyn Harbour where we spent a couple of hours exploring the fish dock and here we found two GLAUCOUS GULLS, a first winter and a fine adult, plus an obliging first winter ICELAND GULL. A RAZORBILL frequented the harbour and showed well at times. It was good to spend time in the company of these denizens of the Arctic and appreciate the finer points of identification.

With our stomachs rumbling we left the area and drove to Hayle, where an obligatory visit to Philps pasty shop concluded with a few pasties showing well! We made a quick visit to Copperhouse Creek where two COMMON GREENSHANK, BAR-TAILED GODWIT and a GREY PLOVER were seen.

A brief visit was made to Carnsew Pool with the highlight being a female COMMON KINGFISHER feeding from the quay.

The estuary was our next port of call and it didn’t disappoint with an EURASIAN SPOONBILL feeding in the channel and over the next hour we found an adult YELLOW-LEGGED GULL plus a first winter GLAUCOUS GULL and three MEDITERRANEAN GULLS. Five GOOSANDER were seen roosting and feeding at the eastern end of the estuary.

With time to spare we drove back to the Penzance area and visited Marazion where a visit to the beach yielded a flock of around 50 SANDERLING. The remainder of the day was enjoyed at Marazion Marsh RSPB reserve where highlights included EURASIAN SPARROWHAWK, WATER RAIL, EUROPEAN STONECHAT, NORTHERN RAVEN, COMMON SNIPE and a calling CETTI’S WARBLER.

After an action packed day, we headed back to base for a hot shower and a rest before reconvening for our evening meal which was very good.


Tuesday 23rd January 2018
Breakfast was a little earlier than the previous day to help us get a head start for our journey home. Unfortunately the weather had other ideas and was wet and windy with poor visibility as we drove eastwards across Bodmin Moor.

Luckily it had cleared as we reached Dozmary Pool but a strong wind and drizzly rain kept us close to the van. A scan of the lake revealed good numbers of TUFTED DUCKS but no sign of our quarry.

There was just one part of the lake that from our position we couldn’t see, so we moved on and there it was, a drake LESSER SCAUP. Viewing was made easier by a local walking her dog which pushed the ducks further out from the edge, allowing us good views of this visitor from North America that has been wintering here since 2008.

With a long journey ahead we pushed onwards making a stop at Exeter Services, where we tucked into Saffron Buns expertly buttered by David W! We had some time to spare and discussed our birding options for the afternoon.

With a Stilt Sandpiper reported in Dorset and it ‘sort of being on our way home’ we opted to go for it as it would be a new bird for all the group.

Eventually reaching Christchurch the weather was windy and wet, but this didn’t deter us as we walked up the lane to view Coward’s Marsh. The flooded fields held good numbers of BLACK-TAILED GODWITS and there feeding with a RED KNOT was the STILT SANDPIPER!

Despite being a little distant, we all enjoyed good views as it constantly fed alongside the RED KNOT and a COMMON REDSHANK giving a good size comparison. We were all delighted with this bird and it rounded off a great selection of quality species that we had encountered during our tour!

An EMPEROR GOOSE fed with the mixed flock of GREYLAG and CANADA GEESE and other species included NORTHERN SHOVELER, COMMON BUZZARD, EUROPEAN WIGEON and EURASIAN TEAL.

It was then time to leave and we made good time reaching the M25, where we said goodbye to David B at Heathrow, so he could get the train home. We arrived in Essex mid-evening after a superb tour with challenging weather conditions, but some really good birds all spent with a lovely group of people!