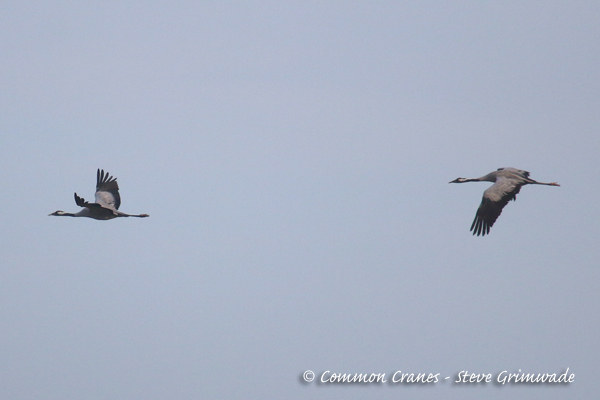 Our journey up to Norfolk on a bitterly cold day was brightened up with a WESTERN BARN OWL perched right by the A12 just south of Benacre. Whilst enjoying a hot cuppa in Lowestoft, we watched a female PEREGRINE FALCON sheltering from the cold easterly wind as it perched on a building close-by.

A quick look at Lake Lothing produced a few GREAT CORMORANTS plus COMMON REDSHANK and a good selection of gulls. We moved the short distance to Ness Point, the most easterly point in the UK where we picked up three PURPLE SANDPIPERS feeding on the seaweed-covered rocks. They fed quietly whilst we enjoyed superb views.

The waves were crashing over the seawall as we wandered along the promenade and a real surprise sighting was a single SNOW BUNTING that flew past us and continued south without stopping.

It wasn’t surprising that we didn’t spent too long here in these conditions, so we opted to visit the Waveney Forest and Haddiscoe Marshes area where it was actually quite pleasant in the sunshine and out of the wind!

There were plenty of raptors over the marsh including WESTERN MARSH HARRIERS and COMMON BUZZARDS plus a few COMMON KESTRELS. The highlight here was a male ROUGH-LEGGED BUZZARD that spent most of its time sat on the ground. It eventually flew a short distance when it showed all the diagnostic features of this winter visitor from Scandinavia.

There were plenty of COAL TITS in the woods and a couple of EURASIAN SISKINS called from the pines.

We had lunch in the van close to Great Yarmouth before making a drive along the coast road towards Hickling.

Lots of MUTE SWANS and both GREYLAG and EGYPTIAN GEESE were noted plus FIELDFARES in several fields.

Arriving at Hickling Broad NWT reserve, we put on more clothing and made our way along the lane to Stubb Mill. A wisp of COMMON SNIPE sat low in a nearby field and only flew when a male WESTERN MARSH HARRIER flew over.

At the watch-point, it just took a few minutes to locate a pair of COMMON CRANES that were feeding on the ground. After a while they flew off giving us good flight views before dropping down over some trees. A lone COMMON KINGFISHER perched on the edge of a nearby ditch much to everyone’s delight.

The wind was absolutely brutal so we walked northwards and tried to get a little shelter from a line of trees. It was better to be walking than standing around and here we found at least 10 COMMON CRANES that were in pairs and these gave some good views.

An immature PEREGRINE FALCON flew through but there were very few WESTERN MARSH HARRIERS to be seen so we headed back to the carpark for some cake. CHINESE WATER DEER and RED FOX were seen during our return walk.

It was good to be back in the warm van for our journey home. As we drove around the A47 Norwich bypass, a single EURASIAN WOODCOCK flew across the road, which made a good end to the day!