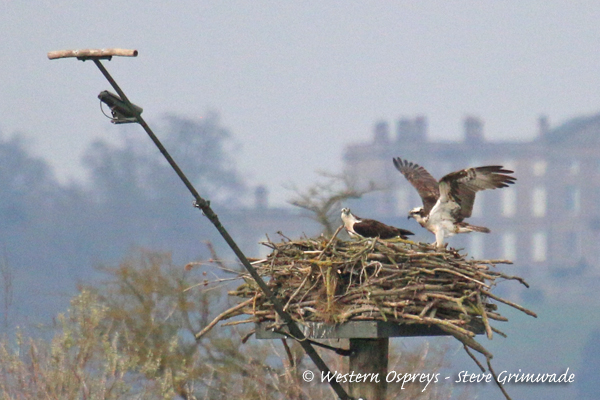 Our trip got off to a good start with a single RED KITE drifting over the A120 close to Stansted Airport. The journey northwards produced up to nine more plus a few COMMON BUZZARDS.

We headed for the excellent Egleton Nature Reserve, home of the British Birdwatching Fair in August each year and recorded singing EURASIAN BLACKCAP in the nearby woodland.

It was a brief scan from the Birdwatching centre which yielded a flock of SAND MARTINS over one of the lagoons before we took a walk to Lagoon IV. A lone WILLOW WARBLER sang from a large bramble and both BRAMBLING and BULLFINCH were in the scrub adjacent to the path.

From the hide a pair of WESTERN YELLOW WAGTAILS fed on a distant island whilst a LITTLE RINGED PLOVER was spotted on the northern side of the lagoon. Other species of note included COMMON REDSHANK, EURASIAN OYSTERCATCHER and a couple of BARN SWALLOWS.

The next hide produced a superb adult MEDITERRANEAN GULL amongst the hordes of BLACK-HEADED GULLS, which was colour-ringed in Poland as a juvenile in 2016!

We watched a BARNACLE GOOSE which kept the MUTE SWANS company before we strolled to the newly finished Lapwing Hide.

It was pretty quiet here on the open water although a summer-plumaged BLACK-NECKED GREBE kept us entertained.

With our stomachs rumbling, we walked back to the centre for lunch and then a quick look in the woodland provided us with good views of a COMMON TREECREEPER.

The remainder of the afternoon was enjoyed on the Lyndon Nature Reserve on the southern side of the reservoir where the bird feeder produced five LESSER REDPOLL, EURASIAN TREE SPARROWS, YELLOWHAMMER, REED BUNTING and a weird plumaged WESTERN YELLOW WAGTAIL perched in a tree, which bore a passing resemblance to a Citrine Wagtail.

The highlight of the afternoon was the pair of WESTERN OSPREYS that we watched at the nest and it was great to have good views of these scarce birds.

A couple of GREAT NORTHERN DIVERS were seen out on the open water before we began our walk back to the centre. We rounded off the day by eating homemade chocolate brownie which Ann had kindly made.