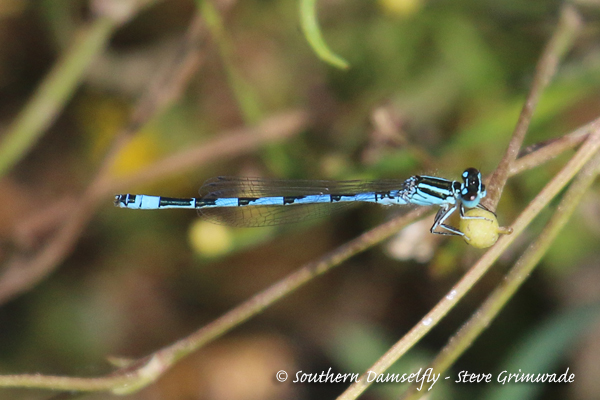 Saturday 30th June 2018
Our journey down to the south coast took longer than expected with heavy traffic and road closures putting a spanner in the works but we arrived at our first site late morning to the sound of RED CROSSBILLS flying over.

As we strolled to the raptor watchpoint a WILLOW WARBLER sang from the Birches and a little further on, we had good views of a pair of WOODLARK as they scurried around the track.

Taking up positions we spent a very hot but enjoyable few hours scanning the trees and were rewarded with two RED KITES, a single EURASIAN HOBBY and lots of COMMON BUZZARDS.

SILVER-STUDDED BLUE BUTTERFLIES flitted through the heather and a lovely GOLDEN-RINGED DRAGONFLY hawked in front of us as we slowly baked in the afternoon sunshine.

With temperatures getting a little too high, we headed off for a welcome cuppa nearby and whilst relaxing in the shade, a superb SILVER-WASHED FRITILLARY flew past several times along with a BRIMSTONE, COMMA and RED ADMIRAL.

Once refreshed a walk was taken along one of the many rides that traverse the area and although a little quiet birdwise, we did manage to see FIRECREST, EUROPEAN NUTHATCH, MARSH TIT and a flyover HAWFINCH. Butterflies included LARGE & SMALL SKIPPERS and GREEN-VEINED WHITE and a KEELED SKIMMER DRAGONFLY.

We then drove to another site nearby but temperatures were just too high so we made the journey to our accommodation where it was great to have a cold shower before meeting for a pre-dinner drink. Our evening meal went down well and it was good to head back to our rooms for a well-deserved rest.


Sunday 1st July 2018
It was still pretty hot first thing so we stocked up on liquids before heading back to our raptor watchpoint where we hoped that luck would be on our side.

Both FIRECREST and GOLDCREST were in the carpark and overhead we saw the first of many EURASIAN SISKINS and RED CROSSBILLS.

We opted to scan the trees from a shady spot and it took a while before we spotted our first raptor, a EURASIAN HOBBY as it circled and headed straight towards us giving good flight views. Over the next 90 minutes we saw numerous COMMON BUZZARDS and a distant male NORTHERN GOSHAWK that circled several times before disappearing behind trees.

It was then off to another site in the forest where EMPEROR DRAGONFLIES were common and we had some good sightings of LARGE RED-EYE DAMSELFLY plus COMMON & AZURE BLUE DAMSELFLIES and BLUE-TAILED DAMSELFLIES. EUROPEAN NUTHATCH, SONG THRUSH and COAL TITS were seen in the wood.

Moving on to another site, we took a walk and eventually found our main target of several specimens of BOG ORCHID plus BOG PIMPERNEL, BOG ASPHODEL, ROUND-LEAVED SUNDEW and the lichen Cladonia cristatella.

With our stomachs rumbling we headed off to get lunch before visiting the Hampshire Wildlife Reserve at Blashford Lakes. After lunch in the shade we checked out the pond and had excellent views of an egg-laying female EMPEROR DRAGONFLY, before spending the rest of the time in the Tern hide.

With a little time left we visited one more site nearby, where a pair of GREY WAGTAILS were seen plus LITTLE EGRET and COMMON REED BUNTING. BANDED DEMOISELLES were incredibly numerous with hundreds flitting about the vegetation.

We then headed back for a cold shower and an early dinner which set us up for our evening excursion out in the forest.

After dinner we got ready and drove back to the forest, parking up in a lovely area that we have been coming to for many years. EURASIAN SKYLARKS sang in the cool air and a family of MISTLE THRUSHES were seen.

Just before 10pm we heard and saw our first EUROPEAN NIGHTJAR as it flew around us calling and giving superb views. Over the next fifteen minutes or so we saw several more including birds perched on telegraph wires, where we had reasonable scope views of this sought-after speciality.

We then headed back to base for another cool shower as it was still 25 degrees outside at 10.30pm!


Monday 2nd July 2018
We met for a hearty breakfast which went down well and afterwards loaded up our luggage to drive to a quiet part of the forest where we walked along a small stream. BEAUTIFUL DEMOISELLES were very common and with a little patience, we came across several SOUTHERN DAMSELFLIES and a brief sighting of a male SCARCE BLUE-TAILED DAMSELFLY. The latter two species are rather scarce and always good to catch up with.

With temperatures rising once again we drove south to an area that has been productive in the past for orchids and despite the hot temperatures for the previous couple of weeks, we managed to find both HEATH SPOTTED and HEATH FRAGRANT ORCHIDS in the rapidly drying bog. A real surprise was the juvenile female NORTHERN GOSHAWK that came out of the wood briefly scattering the local WOOD PIGEONS before disappearing into the forest.

One species we hadn’t caught up with was Small Red Damselfly so a stop was made at a site where we had previously connected and a short time later, there was a smart male SMALL RED DAMSELFLY amongst the Bog Myrtle. SOUTHERN DAMSELFLIES were plentiful in the vegetation and with mission accomplished, we headed to a shady spot within the forest where we had lunch and a good rest.

Afterwards we began our journey home and arrived back after a lovely weekend full of wildlife with good weather for a change!