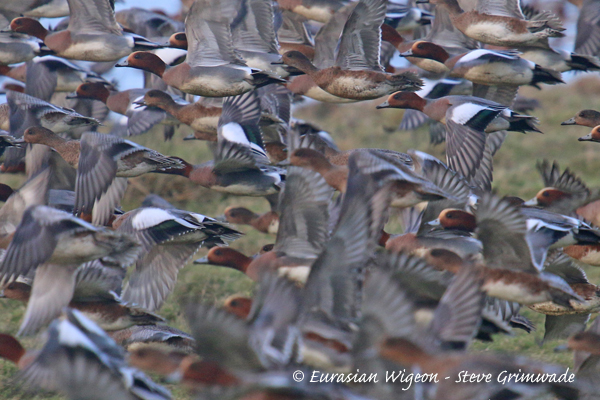 A rather breezy day to say the least but despite the often strong winds we enjoyed some good birding around the Strumpshaw Fen and Buckenham Marshes area. Raptors were present in good numbers with WESTERN MARSH HARRIERS, COMMON BUZZARDS, RED KITES, PEREGRINE FALCONS and COMMON KESTREL with at least four EURASIAN SPARROWHAWK noted.

The woodlands held EURASIAN TREECREEPER, GOLDCREST, EURASIAN SISKIN, MARSH TIT with a good flock of GREATER WHITE-FRONTED GEESE, PINK-FOOTED GEESE, BARNACLE GEESE and both CANADA & GREYLAG GEESE on the marshes. Thousands of EURASIAN WIGEON and EURASIAN TEAL were out on the wetter areas and waders included both RUFF and hundreds of NORTHERN LAPWING.

As light dropped we turned our attention to Buckenham Carrs where thousands of corvids began to gather and as it got darker, the air was filled with around 40,000 birds. A mixture of WESTERN JACKDAWS and ROOKS left us simply amazed with this natural wonder! To round off the day, a LITTLE OWL flew out of a tree nearby and perched up before heading out hunting.