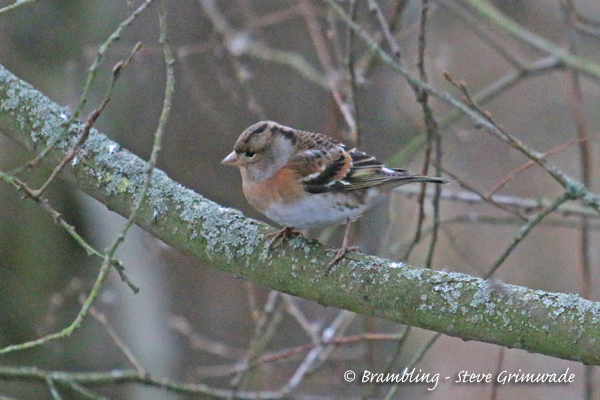 A bitterly cold day for our last day trip of 2018 but despite this we had an excellent day birding with lots of good birds.

During our journey we were treated to five RED KITES soaring over woodland along with a COMMON BUZZARD and as we neared the coast, the fields were jam packed with thousands of PINK-FOOTED GEESE.

The morning session at Titchwell RSPB reserve was excellent despite a bone chilling wind, with three smart LONG-TAILED DUCKS on the sea along with COMMON GOLDENEYE, RED-BREASTED MERGANSER, GREAT CRESTED GREBE and a male COMMON EIDER. Waders included BAR-TAILED GODWITS, SANDERLING, RUDDY TURNSTONE and RED KNOT. A female MERLIN flew in off the sea before carrying on inland.

Back on the lagoons we watched two PEREGRINE FALCONS hunting over the reed-beds plus up to eight WESTERN MARSH HARRIERS which was quite a sight. Skulking around the edge was a fine WATER PIPIT which we all enjoyed good scope views of before it vanished.

Back near the visitor centre we had brilliant views of two feeding WATER RAILS in the ditch which rounded off a good morning.

A short while later we arrived at the excellent Hawk & Owl Trust reserve at Sculthorpe Moor and although incredibly windy by now, we managed to see most species present. On feeders outside the centre were female EURASIAN BULLFINCH and male GREAT SPOTTED WOODPECKER. Then from the hides lots of woodland species were seen, but pride of place had to go to at least three BRAMBLING, showing well for the group.

With the weather set to deteriorate, we began our journey home and it wasn’t long before we ran into torrential rain that did not stop. We all agreed that we had been lucky to have dry weather throughout the day and that it had been a great success!