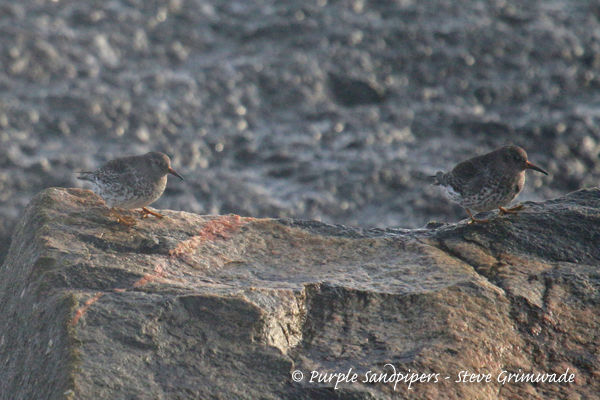 Our fifth and final pager day of the autumn took us up along the Suffolk coast where we hoped the forecasted rain would be late to arrive.

We kicked off in Lowestoft where two fabulous PEREGRINE FALCONS chased pigeons over the town and nearby we had great views of three PURPLE SANDPIPERS at a very choppy Ness Point. Offshore were around 60 NORTHERN GANNETS and large numbers of GREAT CORMORANTS.

It was then south to pig fields around Saxmundham where we located a 1st calendar year CASPIAN GULL in a muddy field plus a 3rd calendar year YELLOW-LEGGED GULL before they were flushed by a Pheasant shooting party.

The remainder of the day was spent at Minsmere RSPB reserve where highlights included a stunning FIRECREST plus juvenile GREATER SCAUP, EURASIAN BITTERN, MARSH TIT, WESTERN MARSH HARRIERS and a fishing EUROPEAN OTTER. The woodlands were full of fungi which we couldn’t resist having a look at!