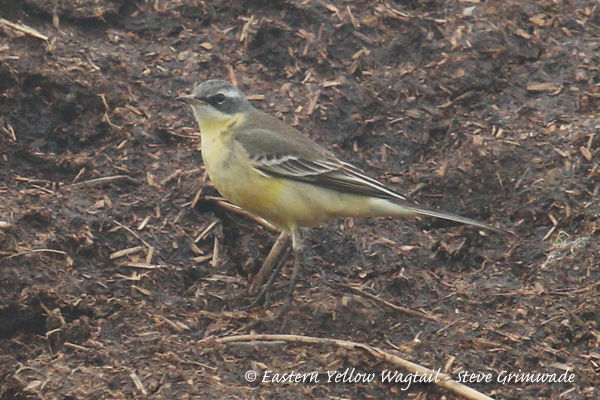 Our tour to Norfolk kicked off with a fantastic visit to The Brecks where the group had fabulous views of BRAMBLINGS, c.20 HAWFINCH, YELLOWHAMMERS, two roosting TAWNY OWLS, EURASIAN SISKINS, EURASIAN NUTHATCH and MARSH TIT before moving on to a traditional site where three NORTHERN GOSHAWKS (two males and a female) displayed in the bright sunshine with COMMON BUZZARDS, COMMON KESTREL and EURASIAN SPARROWHAWK seen also.

On the way to our base for the weekend we found several RED KITES and as we neared the coast our first WESTERN MARSH HARRIER of the weekend was noted.

After a good rest we began the day down at Sedgeford with stunning views of the EASTERN YELLOW WAGTAIL (which is a separate species) as it fed on a large manure heap. Afterwards it was onto Wells-next-the-sea where the group enjoyed scope views of a juvenile ROUGH-LEGGED BUZZARD plus GREY PARTRIDGE.

We rounded off the day at Titchwell RSPB reserve where EURASIAN WOODCOCK, WESTERN BARN OWL, WATER RAIL, 5+ MEDITERRANEAN GULLS, 30+ WESTERN MARSH HARRIERS, COMMON EIDER and many species of wildfowl and wader were added to our lists.

The following day Storm Ciara hit the UK and we made the decision that it wasn’t safe to be out on the roads so a short walk was enjoyed down on the beach which was bracing to say the least!

Our final day in Norfolk was thankfully less windy as we made our way along the coast. An unsuccessful stop was made to look for a Waxwing so we moved onto Sheringham where we had outstanding views of a 1st winter CASPIAN GULL plus two very obliging PURPLE SANDPIPERS.

With the weather forecast set to deteriorate we visited a couple more sites, the first produced a nice herd of WHOOPER SWANS with a few TUNDRA (BEWICK’S) and a dapper male MERLIN flew right in front of us.

The day concluded with four COMMON CRANES feeding in a cut maize field which were somewhat distant but still a great bird to finish with.

Despite challenging weather conditions, we had a fantastic time in Norfolk with some great birds and a lovely group to share it all with.