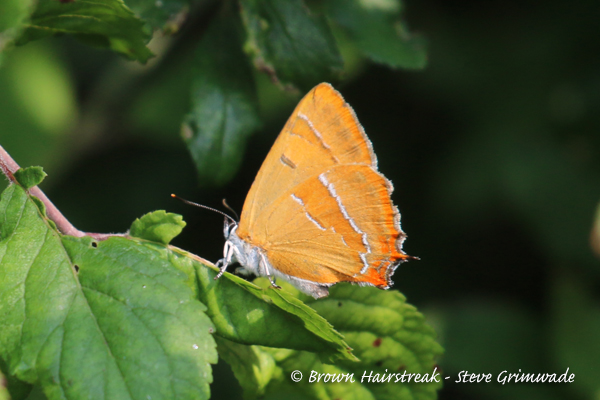 We will spend the day looking for one of Britain’s most sought after butterflies, the Brown Hairstreak plus other butterflies and insects.

The Brown Hairstreak is the last of the single-brooded butterflies to emerge in Britain, the males usually appearing around early August and the females a week later. Females are distinguished by having a broad orange patch on the upper-side forewings and a more richly coloured golden-orange underside. The butterfly gets its common name from the white hair-line streaks on the underside hindwings.

Other species of butterfly we hope to see include Adonis and Chalkhill Blue Butterflies plus Marbled White which can be seen feeding on the many wildflowers that occur in the area.

Other wildflowers include Autumn Ladies Tresses which grow in the short turf and is the last orchid to appear, coming out in late August.

(Does not include reserve admission charges)