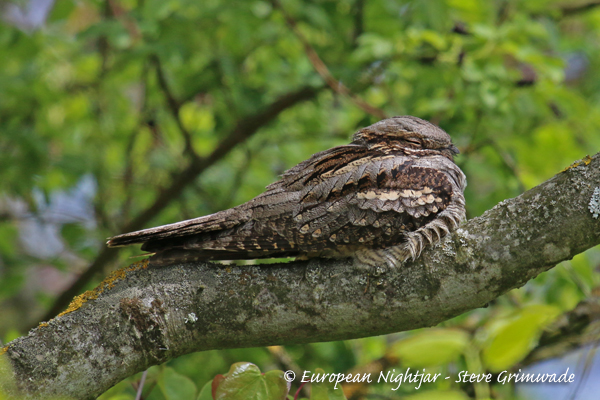 A trip with a difference! We will spend the whole day in the Minsmere/Sizewell area with the added bonus of looking for European Nightjars on the nearby heaths in the evening.

At Sizewell we hope to see nesting Black-legged Kittiwake, along with Black Redstart before heading a short distance north to the Minsmere RSPB reserve. With a diversity of habitat such as heaths, woodlands, reed-beds and freshwater marsh, we can expect a good number of species. Bitterns are easier to see at this time of year, as they make frequent feeding flights over the reed-bed and there is normally a good selection of terns and gulls present on the scrapes, including Mediterranean and Little Gulls, with a good chance of Roseate Tern.

After a good day’s birding we will head off the reserve for a local fish and chip meal before returning to an area of heathland for the last few hours of daylight. As we will be near the ‘longest day’ we will explore the woodland rides and heath for Common Redstart, Dartford Warbler, Eurasian Hobby, Yellowhammer and Woodlark before it gets dark. Fallow Deer frequent the area at dusk and we may see and hear Tawny Owl before we see the star of show – the European Nightjar

As dusk falls we will listen for them ‘churring’ before they go out to feed on moths and other insects. With luck we will see them performing their butterfly-like display and we may also find a perched bird which will round off a great day.

(Does not include reserve admission charges or fish and chip meal)