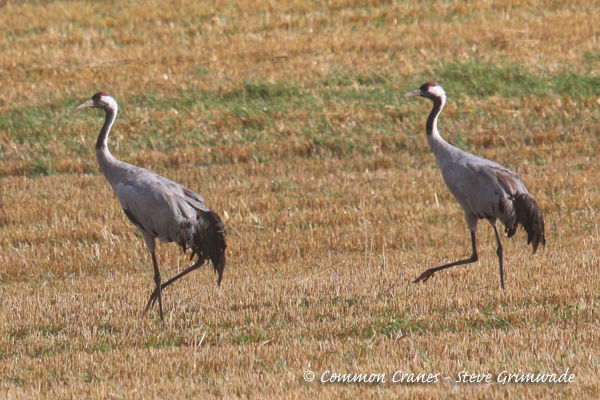 The Norfolk Broads hold a high proportion of the UK’s breeding population of Common Crane and with plenty of raptors to see on this winter trip, it should be a great day!

We visit the Lowestoft area looking for Purple Sandpiper, along with Common Eider and European Shag, whilst checking the docks for the possibility of a rare gull. Ross's, Iceland and Glaucous have all appeared in the past. We will have lunch overlooking the North Sea, where Common Guillemot and Razorbill could be seen before we spend the afternoon at Hickling Broad. Here the sight of up to 40 Western Marsh Harriers and Common Cranes coming into roost in the reed-bed is one not to be missed!

Hen Harrier, Merlin and Western Barn Owl are regular, whilst Pink-footed Geese, Whooper Swan and Eurasian Woodcock are likely to be seen along with Chinese Water Deer.

(does not include reserve admission charges)