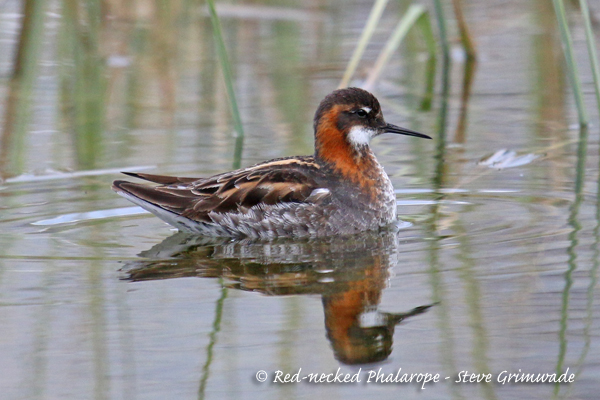 Lying 93 miles north of the Scottish mainland like the pieces of an elongated picture puzzle, the Shetland Isles must rate as one of the best birdwatching areas in Britain. The archipelago of over 100 islands boasts spectacular seabird colonies, supports several arctic species breeding at the southern limit of their range and hosts an array of both common and scarce migrants.

Our visit coincides with the breeding season where magnificent seabird colonies are a hive of activity, with massive numbers of seabirds nesting along the extensive network of cliffs and offshore stacks. They include Atlantic Puffins, Black Guillemots, Northern Gannets, European Shags and both European Storm and Leach’s Petrel. Arctic Terns seem to be everywhere, as do both Arctic and Great Skuas, which constantly harass feeding terns and Black-legged Kittiwakes for a free meal.

Day 1
Fly from London to Aberdeen and take a flight from Aberdeen to Sumburgh. We will have a late afternoon/early evening rendezvous at the Sumburgh Hotel and after our welcome dinner and orientation we take a boat to the island of Mousa. Mousa Broch dates back to the Iron Age and is the largest example of its kind in Scotland, standing at a staggering 43ft high! The broch is the summer home to hundreds of European Storm Petrels, which return ashore to their nests as darkness falls - their bat-like displays as they fly in from the ocean are a truly awesome sight. We depart Mousa just after midnight and return to Sumburgh.
Overnight: Sumburgh

Day 2
During the morning we visit Sumburgh Head to view multitudes of seabirds including our first Atlantic Puffins, Razorbills, Common Guillemots, Black-legged Kittiwakes and European Shags. We’ll also be seeking out Shetland’s commoner passerines – Northern Wheatears, Eurasian Rock and Meadow Pipits, Eurasian Skylarks, Twite and the Shetland race of Eurasian Wren. If seas are calm enough we’ll spend time looking offshore for Minke Whales, White-beaked Dolphins and Harbour Porpoises. Then on to the peninsula of Scatness for breeding Arctic Terns and both Common and Grey Seals - and to the Loch of Hillwell and Loch of Spiggie for an excellent assortment of breeding wildfowl and waders. We end the day at Dalsetter, observing typical moorland-breeding species like Eurasian Curlew, Whimbrel and Arctic Skua.
Overnight: Sumburgh

Day 3
We spend the morning in the crystalline limestone valley of Tingwall where we hope to see our first Red-throated Divers, Red-breasted Mergansers and Britain’s only breeding Whooper Swans. Arctic Hare is also a Tingwall speciality and we hope to encounter several individuals in the upper reaches of the valley. After lunch we board our boat for an unforgettable cruise around the island of Noss for spectacular views of the famous seabird colony, often referred to as “Britain’s best bird cliff.” We will see 20,000 Northern Gannets, 40,000 Common Guillemots and 5,000 Black-legged Kittiwakes! We’ll also visit Common and Grey Seal colonies and look for Harbour Porpoises along the way.
Overnight: Sumburgh

Day 4
After a good breakfast, we travel north across the island of Yell to connect with the morning ferry to the island of Fetlar. The target here will be the handsome Red-necked Phalarope, famous for its breeding role reversal. Fetlar holds over 90% of the British breeding population, although the birds stay on the island is brief - they generally arrive during the third week of May and are gone by the end of July. We should also see a wide variety of other breeding birds including Red-throated Diver, Whimbrel, European Golden Plover, Dunlin and if we’re lucky, a summering Great Northern Diver. We’ll also search the north shore of the island for Otters. Fetlar’s fertile land produces a dazzling display of wild flowers and we should find several species of Orchid.
Overnight: Hillswick

Day 5
Today we head to the island of Unst and spend the morning walking on Hermaness National Nature Reserve. A walk on this reserve is essential to appreciate just why Hermaness is one of Europe’s most important wildlife sites. The moorland is home to 800 pairs of Great Skuas - the second largest ‘Bonxie’ colony in the world - and the cliffs house 25,000 Atlantic Puffins, 40,000 Common Guillemots, 28,000 Northern Fulmars and over 20,000 Northern Gannets! The cacophony of bird cries and the smell of guano make this an overwhelming wildlife experience! Amidst the tapestry of Heather, Crowberry, Bog Bilberry and Bog Cotton we’ll search for the carnivorous Sundew and Butterwort.

In the afternoon we visit the Keen of Hamar National Nature Reserve. Hiking on this barren serpentine fell-field has been likened to walking on the Moon, but as we explore this unique habitat, a diverse eco-system appears. The reserve is home to an array of rare wild flowers, including Arctic Sandwort, Frog Orchid and Shetland Mouse-Ear Chickweed - found here but nowhere else in the world!
Overnight: Hillswick

Day 6
We spend the day in the north Mainland - a beautiful region composed mainly of red granite and diorite. We visit the awe-inspiring cliffs at Eshaness where caves, crags and rocky 'geos' form some of Shetland's most dramatic and iconic coastal scenery. The beautiful walk to the Grind o' da Navir - an incredible amphitheatre formed by the huge seas of violent winter storms - and the Holes of Scraada will reward us with views of passing seabirds, Eurasian Wrens of the Shetland subspecies, Northern Wheatear, Twites, Eurasian Rock Pipit, an abundance of coastal wildflowers and there’s always the chance of whales and dolphins offshore. Nearby, the sheltered bay and beach of volcanic shingle at Stenness holds good numbers of Atlantic Grey Seals and offers us uninterrupted views – not only of the iconic Dore Holm – but also of the sweeping panorama across St Magnus Bay to Papa Stour with the high peaks of Foula in the far distance. Heading east and eventually south from Eshaness, we’ll visit one of our favourite sites for Oysterplant. This beautiful maritime plant, which has pink flowers when in bud, changing to a heavenly blue when they bloom – is a nationally scarce species and now found at just a handful of sites in Shetland.
Overnight: Sumburgh

The surrounding heather moorland is home to small numbers of Willow Ptarmigan (Red Grouse) plus European Golden Plover, Eurasian Whimbrels, Eurasian Curlew and Mountain Hare and if we are lucky, we may encounter one of Shetland’s rarest breeding raptors – Merlin. Later in the day we will head back south, enjoying the high vista-views of St Ninian’s Isle and Foula to the west and Mousa and Noss to the east before visiting the Atlantic Puffins and other seabirds at Sumburgh Head, the perfect way to round off our week.
Overnight: Sumburgh

Day 8
After breakfast we head to Sumburgh airport to begin our journey back to London.

Birds
Expect between 80 and 120 species