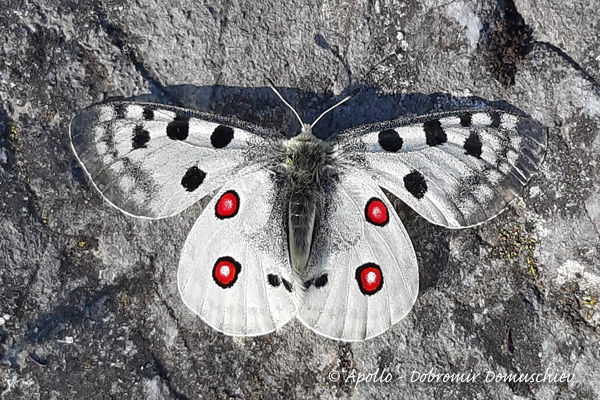 Bulgaria is a small country situated on the Balkan Peninsula but the diversity of habitats and faunal complexes in the country is incredibly high. From vast plains, high mountains with alpine zones, old deciduous and coniferous forests, shrub communities, rivers, streams, lakes, rocky terrains, seashore and more, this diversity of habitat and the specific location of the continent leads to enormous diversity among plant and animal communities. Mediterranean species, typical continental and arctic species in the fauna, species from the Middle and Far East and more.

This itinerary is designed to visit some of the top locations in the country where we can see some of the most iconic species:-Masked Shrike, Rosy Starling, Wallcreeper, Great Spotted Cuckoo, Sombre Tit, Black-headed Bunting, Chukar, Hazel Grouse, Levant Sparrowhawk, Eurasian Golden Oriole and many more.

Beside the incredible wildlife, we will stay in family hotels with incredible views, delicious Bulgarian food, nice people and the tranquillity needed for every wonderful holiday!

Day 1
We take our flight from London to Sofia and transfer to the village of Koprivshtitsa, about a ninety minute drive for a one-night stay.

Day 2
After breakfast and after a little time around the village we transfer to the village of Trigrad in the Western Rhodopes for two nights. During our journey we have a few stops for birding and butterflies.

We reach our traditional hotel in Trigrad and settle in with a cold beer and a home-cooked meal.
Overnight: Trigrad

Day 3
After a good rest we explore the world-famous Trigrad Gorge, home of the Wallcreeper. 200 metre high Limestone cliffs provide home to several pairs and we hope to see them feeding at close range. Our previous tours to this area have produced stunning views of this beautiful Crimson-winged bird with the butterfly-like flight.

A walk will be taken in the high meadows and with luck, we will have great chances of butterflies such as Apollo, Clouded Apollo, Camberwell Beauty, Mountain Small White, Zephyr Blue, Geranium Argus, Turquoise Blue, Escher's Blue, Ripart's Anomalous Blue and Pearly Heath.
Overnight: Trigrad

Day 4
Today we have a long transfer to the Eastern Rhodope Mountains making a stop along the way to look for Olive Tree Warbler, Masked Shrike, Egyptian Vulture, Short-toed & Calandra Larks, Black Stork and Black-headed Bunting as well as a good selection of butterflies. We arrive in the evening at the town of Krumovgrad where we will spend time relaxing with some good local food and drink.
Overnight: Krumovgrad

Day 5
After a good breakfast we will explore the picturesque Krumovitsa river valley. The valley is home to some exciting species and is well-known as a Balkan bird and butterfly paradise!
Species we will be on the look-out for include Eastern Olivaceous Warbler, Levant Sparrowhawk, Eastern Orphean, Sardinian & Olive Tree Warblers. We will search for Western Rock Nuthatch, Blue Rock & Rock Thrushes and both Eastern & Western Black-eared Wheatears amongst the many rocky outcrops, whilst the scrub-covered hillsides are home to Wryneck, Chukar, Great Spotted Cuckoo and European Roller.

After a fine evening meal we will spend some time looking for the tiny Scop’s Owl which breeds in Poplar trees around the hotel.
Overnight: Krumovgrad

Days 6 - 7
We say our goodbyes to Krumovgrad and make a three hour drive to the beautiful Dobrostan plateau in the Western Rhodope Mountains. Our two night stay will take in the best of this area and we hope to connect with Common Rock Thrush, Rock Partridge, Golden Eagle, Peregrine Falcon, Grey Wagtail and more, whilst in the forests we can look for White-backed Woodpecker, Common Rosefinch and maybe Hazel Grouse.

Day 8
After our last Bulgarian breakfast, we head to the airport in Sofia for our return flight home after what is sure to be a great tour!

Birds
Expect between 120 and 150 species

Butterflies
Expect between 70 and 90 species