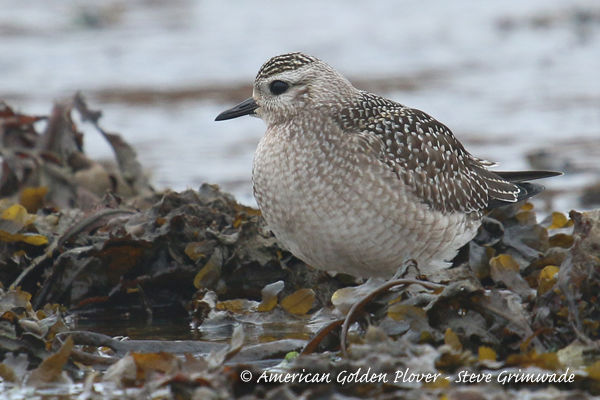 The Isles of Scilly, an archipelago lying 28 miles southwest of Land’s End is famous for being Europe’s top location for migrant and rare birds.

Consisting of 5 inhabited and around 50 uninhabited islands, these offer birds the first and last landfall for thousands of miles. Over 400 species have been recorded on the islands, more than any other single site in Europe.

Days 1 - 7
At this time of year depending on weather, almost anything can appear from all points of the compass. It is not unusual to see birds from North America alongside birds from Asia.

Common species on the islands in October can include Common Firecrest, Black Redstart and Northern Wheatear, although it is the rarities that keep the adrenaline going.

There is a huge variety of habitat, from sea cliffs, reedy pools, coastal moorland, sandy beaches and both deciduous and Pine woodlands, so it is not difficult to see why this wonderful place is so popular. Birdwatching and walking is so relaxing and enjoyable on the islands and there is also a tearoom or two that we will definitely be visiting!

Temperate conditions on the islands attract some interesting species including the Prickly Stick Insect. Monarch Butterflies from the United States are recorded some years, whilst Common Dolphin and Harbour Porpoise are frequently seen and also an occasional whale offshore.

Our superb accommodation is on the largest of the islands, St Marys and just a five minute walk to the quay. From here inter-island launches take birders to other inhabited islands, Bryher, St Agnes, Tresco and St Martins. After a good day’s birding we will enjoy a hearty meal at a local restaurant and later take a stroll to the local club, where it is customary to take part in the nightly log-call whilst enjoying a drink in the bar.

Fine food, fresh air, exercise and beautiful scenery are in store for all on this trip, the birds being merely a bonus!
Overnight: St Mary’s

Pace
Moderate with four to five miles walking per day